How to Handle Aggression in Your Child 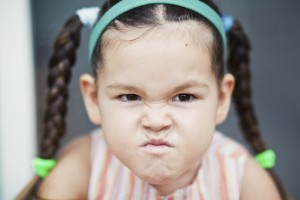 In a culture saturated with violent images, parents naturally worry about their children and the influence of these images on their behavior. The question of whether being exposed to violent images or interacting with violent computer or video games increases the level of violent or aggressive behavior in children is a subject of much research and debate.

Regardless of how children are affected by depictions of violence in media, it is important to remember that even children who are not exposed to violence on television and do not play violent computer or video games are often still aggressive. In fact, all children have the potential to act aggressively; it is part of our human endowment. As parents, it is our job to monitor and intervene in our children’s aggressive activity so that they (and those around them) remain safe. This can be a confusing and difficult task. However, it is made much easier if we ask ourselves a few basic questions and follow some basic guidelines:

What Is the Difference Between Aggressive Play and Aggressive Behavior?

Why Do Children Engage in Aggressive Play?

How Do I Handle Aggressive Play?

How Do I Handle Aggressive Behavior?

Some children who behave aggressively need more help feeling safe and in control. When you sense that your child’s aggressive behavior is interfering with the ability to function (at school, with peers or siblings, etc.) or is dangerous or out of control, it may be time to seek professional help from a child therapist or parenting expert. Your child might be struggling with a particularly difficult stressor or developmental challenge and need a bit more help getting back on track.