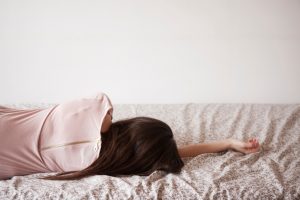 Sexual violence is a common experience among college women with mental health or behavioral disabilities, a study published in the Journal of Women’s Health concludes. The study’s authors say the violence specifically targets the women’s disabilities, and colleges need to take proactive steps to address the aftereffects.

The study used semi-structured interviews of 27 college-age women who had experienced intimate partner or sexual violence. Instead of asking whether a woman identified herself as a victim, trained interviewers used the Centers for Disease Control and Prevention’s (CDC) definitions of sexual and intimate partner violence.

Two-thirds of the women were white, and two-thirds identified as heterosexual. Most participants (88.8%) had at least one mental health condition, and 11.1% reported behavioral or learning disabilities such as attention deficit hyperactivity (ADHD). For most women, the diagnosis preceded the abuse.

Among women who experienced sexual violence, sexual abuse commonly occurred within both hookup culture and in long-term relationships. Hookup-related sexual violence often included alcohol. In many cases, abusers used a woman’s disability as a tool of sexual manipulation.

Every interviewee except for one reported mental health consequences to their abuse, including posttraumatic stress (PTSD), suicidal thoughts or actions, anxiety, depression, and similar symptoms. Many became less social or avoided common areas on campus. Physical issues such as difficulty sleeping, sexually transmitted diseases (STD), and bruising were common.

The study’s authors say their research points to the need for an ongoing commitment to programs that respond to the needs of sexual and intimate partner violence survivors. These programs must also address the unique needs and challenges of women with behavioral or mental health conditions.