How ‘Power Posing’ Can Change Your Body and Mind 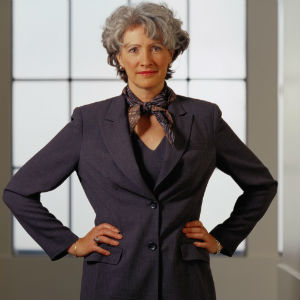 There’s a good reason why more than 16 million people have viewed Harvard professor Amy J. Cuddy’s TED Talk: “Your Body Language Shapes Who You Are.” In it, Dr. Cuddy describes findings that seem to be both commonsensical and revolutionary all at once; even two minutes of adopting a powerful stance can change both one’s physiology and behavior. Over time, acting as if one is confident and powerful can positively impact self-concept, or the way we view ourselves.

Other research has shown that people who feel powerful tend to have a greater sense of agency, better cognitive function, adopt more expansive body language, and are more willing to take action than those who feel less powerful. People who feel disempowered tend to adopt more contractive or protective postures. During her talk, Cuddy shows photographs of the iconic Wonder Woman stance (i.e., hands on hips, feet apart, head erect, and gaze confident) as one example of a power pose. She contrasts this with images of protective postures (i.e., limbs in toward body or crossed, shoulders forward, chin tucked). In effect, feeling powerful leads one to take up more space, both literally and psychologically. Furthermore, powerful people tend to have higher baseline levels of testosterone, lower baseline levels of cortisol (a stress hormone), and reduced cortisol reactivity to stressors.

In their study, Dr. Cuddy and colleagues hypothesized that adopting high-power poses would lead to increased testosterone, decreased cortisol, and higher risk tolerance. They randomized 42 men and women into two groups, where they would be posed in either high or low power positions by an experimenter for a total of two minutes. Power poses were characterized by expansiveness (taking up more space) and openness (limbs open versus closed or crossed; the specific poses used can be viewed in their article).

Cortisol and testosterone levels were measured before and after the poses. Participants’ willingness to engage in risk taking was measured via a gambling task, and subjective feelings of power were measured by self-report.

The team found that their hypotheses were confirmed: Just two minutes of high-power posing was associated with a statistically significant increase in testosterone and decrease in cortisol. High-power posers also reported feeling more powerful and “in charge” than low-power posers. Furthermore, they were more likely to view a game of risk as an opportunity to win rather than to lose. In contrast, those who had adopted low-power poses for two minutes had significant decreases in testosterone, increases in cortisol, reported feeling less powerful, and were more likely to avoid risk, viewing it as an opportunity to lose.

Why is this important?

Aside from the subject distress associated with feeling powerless, persistently elevated stress hormone levels are linked to increased incidence of stress-related illnesses, including immune issues and hypertension. In addition, if we feel chronically at a disadvantage, we are likely to act in accordance with this belief, avoiding situations because we view ourselves as less likely to navigate them successfully.

In her talk, Dr. Cuddy equated personal power with feeling more confident in one’s ability to “win,” and thus, greater willingness to take chances that may result in some reward. She also noted the difference between male and female business students’ body language and levels of class participation (men tend to participate more, and adopt power poses more frequently; women as a group participate less often, despite the fact their grades depend on participation). Cuddy attributed this difference at least in part to the fact women are socialized differently from men; my interpretation of this is that, in general, women are encouraged to be nice, and discouraged from taking up too much space, physically or otherwise.

It is intriguing to wonder what the long-term benefits could be of consciously adopting more powerful, self-confident body language, particularly if one feels stressed, discouraged, or down. It certainly seems worth trying. If you do this, please let me know what you think.