How a Long Work Week Affects Mental Health, and Other News 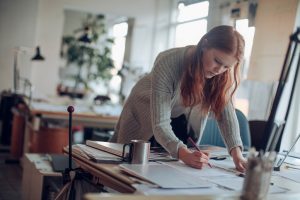 People who work more than 39 hours per week may be more likely to experience mental health difficulties, according to a study published in the journal Social Science & Medicine.

For women, working more than 38 hours per week triggered declines in mental health. For men, the limit was 43.5 hours. The study’s authors say this is not because of any fundamental differences between men and women. Instead, women generally do more housework and child-rearing, creating more obligations outside of work. When both men and women are unencumbered by these obligations, the weekly limit on work rises to 48 hours before it starts to affect mental health.

How Depression Can Muddle Thinking

A study of rats with depression-like symptoms suggests depression can impair the ability to solve problems. Rats without depression expressed problem solving-related proteins at higher rates than rats with depression during a problem-solving test. If the same results occur in humans, this might help explain why people with depression have difficulty with motivation, daily tasks, and finding a path out of depression.

Seniors are taking psychiatric drugs at unprecedented rates. From 2004-2013, the number of seniors who regularly took three or more psychiatric drugs doubled—even though nearly half had no mental health diagnosis. The American Geriatric Society (AGS) believes many older adults are prescribed inappropriate medications. The AGS addresses this with its Beers Criteria, a list of medications that may not be appropriate for seniors who are not in hospice care.

Some high school teachers are combating sleep deprivation by allowing teens to nap at school. The move is intended to improve grades and mental health. Previous research uncovered rampant sleep deprivation among teenagers, with just 63% reporting seven or more hours of sleep each night.

The Perplexing Psychology of Saving for Health Care

Health savings accounts (HSAs) can help fund medical expenses for people with health care plans that have a high deductible. Even among people who can afford to set money aside, health savings rates are low. Experts suggest this may be due to the stress of thinking about the future—particularly a future with health problems.

Millennials are the largest segment of the workforce, and they report higher rates of depression than any previous generation. According to a new study published in the journal Pediatrics, the rate of depression among teens is climbing, with teen girls accounting for three-quarters of depression cases. These difficulties may continue into young adulthood and the workplace, where women report higher levels of burnout and depression than their male colleagues.

Smokers’ Memories Could Help Them Quit

Scare tactics are not likely to help smokers quit, but fond memories might, according to a new study. Smokers who viewed a public service announcement designed to evoke feelings of nostalgia were more likely to express negative attitudes toward smoking.