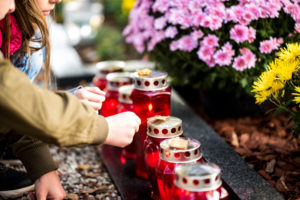 Marked on November 20 each year, Transgender Day of Remembrance is an opportunity for individuals and communities to remember and honor those who have been killed as a result of gender-based discrimination. In 2017, at least 25 transgender people in the United States were shot or killed by other violent means. This number is up from 2016’s total of at least 23 transgender individuals killed in the U.S., which had been the most ever recorded.

These numbers are only estimates, given how difficult it can be to know a person’s gender identity at the time of their death, and data is not always accurate or reliable when it comes to statistics that relate to the LGBTQ+ community as a whole. In addition, these numbers do not include deaths by suicide or health-related deaths. Still, the Human Rights Campaign reports incidents of violent discrimination against the trans community are on the rise.

What Are Transgender and Gender-Variant Identities?

Transgender Day of Remembrance, or TDOR, recognizes individuals of all gender-variant identities, as well as those whose identities have been perceived as trans or gender-variant, whose lives have been lost due to their appearance or identities. Transgender means having a gender identity that differs from the sex assigned at birth. A transgender woman, for example, may have been born with male reproductive organs but has a gender identity of female and uses female pronouns.

Effects of Violence and Hate Crimes Against Trans Individuals

In 2016, nearly 95% of trans people murdered in the U.S. were people of color, and 85% of victims were women. Violence continues to disproportionately affect trans women and trans people of color over trans men and white trans people, but in general members of the trans community face a higher rate of violence and discrimination than almost any other group. A majority of trans people report having experienced verbal harassment and/or physical attacks because of hate.

The easiest way to recognize TDOR is to take steps to become more educated about gender identity and issues affecting the trans and broader LGBTQ+ communities.

Trans and gender-variant individuals also face discrimination related to employment status, health care, and social services. Because there remains stigma about non-cisgender identities (any identity for which a person’s gender does not match the sex assigned at birth), trans and gender-variant individuals are more likely to experience poverty, homelessness, and unemployment. Many also experience gender dysphoria or mental and/or physical health issues but avoid seeking counseling or therapy due to fear of facing prejudice or hate. Others may not be able to access therapy services, for any number of reasons.

All these issues combined can make it difficult for trans and gender-variant people to survive while meeting basic needs, such as housing and a reliable income, let alone live in good health without constant fear and unease.

The easiest way to recognize TDOR is to take steps to become more educated about gender identity and issues affecting the trans and broader LGBTQ+ communities. GoodTherapy.org has many articles that can help you better understand trans identities and the challenges gender-variant people face.

You can also reach out to trans people in your life and let them know you support them and affirm their identities. You might even offer to take someone to an appointment, shop with them, or simply spend time together. Not all trans people have a robust support network, so sometimes the most helpful thing you can do is volunteer your time to make sure daily needs are being met and the person is able to spend their own resources on self-care.

Finally, you can donate to an organization that helps advocate for trans and LGBTQ+ people, search for local organizations in your area hosting volunteer opportunities to support trans people, or attend a vigil or other events honoring TDOR. Any of these activities can contribute to a world in which transgender people are not targeted or killed because of their identity.