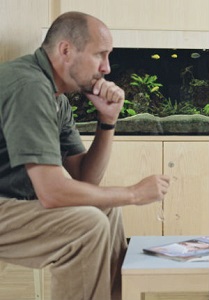 “You need counseling.” This is the most oft-cited refrain heard when self-testing for HIV is brought up. It reflects a deeply ingrained rhetoric, but is it really the case? The answer to this question can take many forms, and it is worth the time to look at these more deeply if therapists are to better serve clients and the community in supporting the eradication of HIV/AIDS.

If the reason for counseling people who take an HIV test is to promote behavior change, the data do not support that this is effective. A recent study out of Boston University showed that the current counseling/testing model does not alter risk behavior. Given the limited funding for testing, the researchers encourage innovations in testing paradigms to better use funds. In my experience, even if a person benefits from the counseling component that may come with testing, this does not mean he or she needs to go through this process each time tested. Duplicative counseling is not necessarily fiscally sound practice.

This does not mean counseling is not important for people at risk for or living with HIV and who are not aware (basically, the targeted groups for testing). Here, however, we have to recognize that people acquiring HIV have high rates of abuse, trauma, and addictions. They do not make up the majority of people with HIV, but they do make up 30% to 47% of cases. The trauma can be anything from physical or sexual abuse to the cultural abuse inflicted by anti-gay messages and economic poverty. The point is that, for many people with living with HIV, this is not the sole issue.

The current HIV testing model in public health settings is not designed to accommodate this reality. HIV testers typically receive a three- to five-day training on the counseling component. As many of us in the counseling/therapy profession know, this is not enough to deal with the complex issues involved here. In fact, the process of walking into a public health clinic, being asked a series of intrusive questions about sex and drug history, and then spending 20 minutes with a stranger can trigger and magnify trauma, fear, and shame.

This is why I am so passionate that counseling/therapy professionals know about self-testing. On one hand, I don’t think everyone needs counseling to go with testing. On the other, where counseling is probably needed, the highly trained counseling profession is best equipped to do this, not the public health setting. The HIV testing system in public health arenas is not fully equipped to deal with shame, trauma, fear, stigma, depression, and many of the other co-morbid factors connected to HIV. If therapists have a client population that has experienced trauma, shame, and/or addictions, and is sexually active, they have a role to play.

Over the coming months, I will explore two specific clinical areas and implications with regard to HIV to help therapists fulfill that role: trauma and shame/vulnerability.