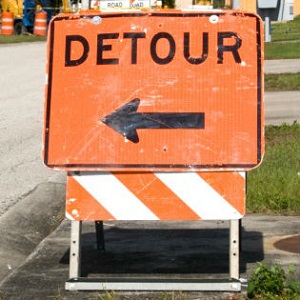 Counselor: “How would your life have been different had you not gotten HIV?”

Client: “I probably would have been dead.”

This is how a conversation started about 12 years ago. I was running an HIV/AIDS housing ministry, and we were starting a wellness program with the intention of helping people make the adjustment to the new reality that HIV was no longer a death sentence. The expectation was that we could help people reconnect with what their life ambitions were prior to being diagnosed with HIV and get back on that path.

However, when the person referenced above gave the response she did, clearly there was a complexity that needed to be explored further.

The woman talked about how, prior to ending up in the hospital with full-blown, previously undiagnosed AIDS, her life was spent as a sex worker who was addicted to drugs. Then she got sick, was hospitalized, and because of her AIDS diagnosis suddenly qualified for mental health services, housing, food assistance, and medical care that she did not qualify for prior to her diagnosis. This person took full advantage of these new opportunities, got herself clean, started more traditional work, and, over time, became increasingly independent and healthy.

Not everyone has such a smooth transition. Some people see the safety net that a diagnosis presents, but don’t recognize the responsibility to make positive use of new opportunities. I have worked with people who had the sole ambition of a stress-free life and an apartment they could afford. In one case, the person was never physically sick, but diagnostically qualified for permanent housing. He moved from his parents’ home to an apartment without ever having to work. Unlike many other people, there were no signs of depression, other mental health issues, or addictions. There was a system, however, that was able to take him in without ever addressing some of the family systems dynamics that were in play. He effectively became a ward of HIV/AIDS services even though he never had been sick. He saw opportunities and took them, which is certainly within his rights. The system itself, on the other hand, had little means to enforce responsibility without fundamentally changing its criteria. Over time, funding cuts have taken care of that for many.

If we are to best serve people with HIV in a way that does not foster dependency, but truly meets them where they are so we can better explore their needs and support their growth, there are things we may need to do. To start, we have to be ever diligent in checking our assumptions about the impact of HIV in one’s life. It can be devastating, and as we have seen, it can be a life-saver. It may make it more difficult to get basic needs met, but it can also make it easier—and this is true throughout the world as programs for people with HIV/AIDS are developed. Having HIV/AIDS can also make it easier to avoid dealing with deeper, underlying therapeutic, cultural, and justice issues, whereas for others it is a wake-up call.

For each person, and in each cultural context, it will be different. “Where do you think you would be were it not for HIV?” and “What were your life goals and ambitions prior to having HIV?” are good ways to explore this with each individual. As we explore these and other questions, we may very well uncover some of our own assumptions about life, disease, mortality, and opportunity, a process that can benefit all of us.