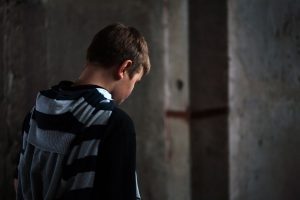 Thirty percent of transgender teens and young adults have attempted suicide, and nearly 42% have engaged in some form of self-harm, according to a study published in the journal Suicide and Life-Threatening Behavior.

Stigma and dissatisfaction with appearance figured prominently among the reasons for self-harm. Female-to-male transgender young people were slightly more likely to engage in self-harm.

Another study recently examined the process through which parents come to accept their transgender children. That research pointed to the role of parents in advocating for and protecting their kids.

The study looked at medical records of 96 transgender young people who sought care at Cincinnati Children’s Transgender Health Clinic. Participants ranged in age from 12-22. Since opening in 2013, the clinic has served nearly 500 transgender youth.

Dissatisfaction with the sex assigned at birth figured prominently in mental health challenges, as did concerns about weight and physical appearance. In addition to the 30% rate of attempted suicides and 42% self-harm rate, researchers found many other mental health difficulties were also common.

Most (58%) were diagnosed with gender dysphoria and at least one mental health condition. Sixty-three percent had previously experienced bullying, and 23% reported school expulsion or suspension. About 19% had been involved in physical fights, and 17% had repeated a grade.

The study’s authors say these findings show transgender young people are an at-risk population that could benefit from early interventions to improve mental health, educational outcomes, and overall well-being.

Earlier this year, a study determined the number of transgender Americans might be double that of previous estimates. Based on state and general survey data, researchers concluded about 1.4 million people identify as transgender, accounting for about 0.6% of the population.

Some parents continue to believe their transgender children are going through a temporary phase or manifesting gender confusion, but a 2015 study undermines this notion. That study found transgender children express similar levels of confidence in their gender as cisgender (non-transgender) children do.