Harsh Parenting May Lead to Negative Outcomes in Adulthood 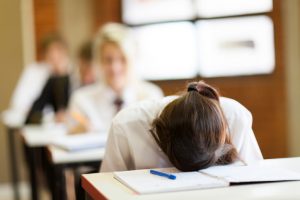 Parents who use harsh parenting tactics, such as physical and verbal aggression, may exacerbate the behaviors they wish to prevent, according to a study published in the journal Child Development. Children whose parents used harsh tactics had poor academic outcomes and were more likely to engage in high-risk behaviors.

The study initially enrolled 1,482 seventh graders living near Washington, D.C. Researchers followed the teens for nine years, until they were 21. The group was racially, socioeconomically, and geographically diverse. At the end of the study, 1,060 participants remained.

The students answered questions about their parents’ use of verbal and physical aggression. They also reported on their relationships with peers, sexual behavior, and habits such as balancing time with peers and time to complete homework.

By 21, adults who were harshly parented as children had lower educational attainment. They were more likely to drop out of school, and they had lower grades and standardized test scores. The study’s authors suggest harsh parenting indirectly leads to lower educational attainment by encouraging children to place the highest value on peer relationships and embrace high-risk behaviors that sustain those relationships.

Harsh Parenting May Be an Ineffective Strategy

Other studies have also linked harsh parenting to negative outcomes in children. One study found children who are more frequently spanked are more likely to struggle at school, be diagnosed with a mental health condition, and engage in antisocial behavior. Another study found parenting style matters most for “difficult” children. Excessively harsh parenting was most harmful to children with challenging temperaments.