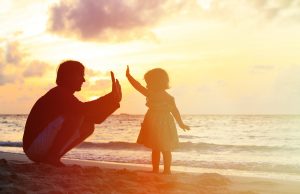 Parenting style can affect behavior in any child, but matters most for children with “difficult” temperaments, according to a study published in the journal Psychological Bulletin. Research suggests some portions of a child’s temperament—such as impulsivity and the tendency to experience negative emotions—might be influenced by genes. Environmental influences can act upon this nascent personality, affecting how children think and feel as adults.

The new study suggests parenting is a significant predictor of who a child will become. For children born with a tendency toward negative emotions and challenging behavior, parenting may be even more important.

The study evaluated previous research on parenting style and child outcomes. Researchers analyzed data from 84 previous studies, half of which were conducted in 2010 or later.

Children identified as having a “difficult” temperament had higher levels of impulsivity and negative emotions, and lower levels of conscientiousness. Parents who practiced positive parenting provided children with more guidance and affection. They encouraged children to embrace empathy and think through their actions. Parents with a negative parenting style were more punitive and less affectionate. These parents attempted to control their children’s behavior with harsh discipline.

Parents of challenging children may worry their child’s personality is hard-wired. Children who experience more negative emotions are more likely to experience mental health issues. For parents concerned about how a difficult child might think and behave in adulthood, this study points to the importance of effective parenting.