February 7, 2014 • By A GoodTherapy.org Announcement 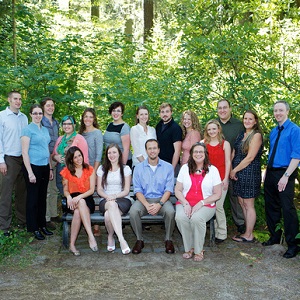 When Noah Rubinstein, LMFT, laid the groundwork for and launched a company that advocates for healthy and ethical psychotherapy practices in February of 2007, he had no way of knowing how his efforts would unfold.

Now, seven years later, GoodTherapy.org stands strong and continues to expand its membership and overall reach in the therapy community. With a steadily growing directory of therapist members worldwide and more than 1.5 million therapist searches each month, there is ample reason to celebrate in 2014.

“When I launched GoodTherapy.org in 2007 it was with the help of a programmer. We were a two-person team and we were both working about half-time on the project,” says Rubinstein. “Now, we have a team of about 40 employees and contractors so our ability to make improvements, execute new ideas, and the overall amount of creative energy going into the organization is amazing. Not a day goes by that I don’t feel inspired by the intelligence and creativity of the people around me.”

So far in 2014, we’ve had William R. Miller and Barry Michels and Phil Stutz, authors of The Tools. We also hosted our first panel series on neuroscience in January.

Coming up in 2014, our Continuing Education series will feature Claudia Black, PhD, Pat Ogden, PhD, Gary Small, author of IBRAIN, as well as a DSM-5 Panel in April.

“Originally, my intention in developing the CE program was simply to add value to membership by offering CEs to our members at no extra cost. But, what I love best about the CE program is the quality of the presenters, and not just the big name innovators.  We also have a lot of lesser known psychotherapists presenting for us who are on the cutting edge,” says Rubinstein.

“Regardless of the name recognition of any particular presenter, the commonality we strive for in all our CE presenters is the spirit of their approach to helping—such as working collaboratively, non-pathologically, and viewing people’s issues not as disordered but as sensible reactions to suffering given one’s life experience and physiology.”

Looking ahead, Rubinstein sees 2014 being a big year for GoodTherapy.org. “I don’t want to give away all our secrets, but I can say a couple things: The first is, we’ll be releasing a redesigned website in May with a very robust search system and a user-friendly interface. This will increase our usability factor and increase conversions, which have already seen enormous growth. The second is that I have two new books I’m working on and expect to finish up this year.”

To accommodate for these changes, roles within the company are shifting and changing, as well. “In order to reach our mission and vision, we’ve had to run a business,” says Rubinstein. “I’ve enjoyed doing that, but I’ve also longed to spend more time writing and speaking about the changes I’d like to see in the field and practice of mental health. So, a few months ago I began transitioning three of my most important department heads into executive roles to help take over the majority of the decision making, workload, and responsibility. By taking these duties off my plate, I expect to have more time for writing, speaking, and challenging some of the old ways of thinking.”

With Rubinstein’s attention focused on furthering the company’s overall message and mission in new ways and a solid, dedicated team working tirelessly by his side, the future is looking bright at GoodTherapy.org.

“The growth and visibility of GoodTherapy.org translates into people healing, changing, and growing,” Rubinstein continues. “Over that last 7 years, we’ve had millions of users reach out to our members for help. That equates to a lot of positive change. The most satisfying thing for me, however, is knowing that many of the people who were previously mystified by the therapy process, and perhaps even confused or disturbed by something that happened in therapy, have become equipped to recognize the differences between healthy and unhealthy therapy and  have increased their overall knowledge about therapy—all from our website. This helps to challenge some of the myths and misinformation about therapy. That’s something to feel good about.”

© Copyright 2014 GoodTherapy.org. All rights reserved. Permission to publish granted by