Getting Ready for Therapy after a Childhood of Emotional Abuse

May 4, 2014 • By Share Your Story contribution by Brad Arnold 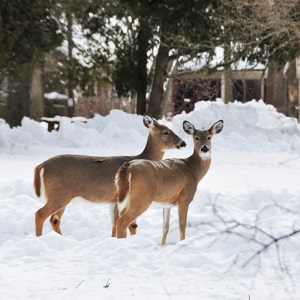 My adoptive mother had lost her father to brain cancer while in adolescence, and developed borderline personality (“between neurosis and psychosis”) due to unresolved loss, being vulnerable to that since both she and her brother suffered from reactive attachment issues (from “pathological caregiving”).

I was a sick baby, prone to projectile vomiting and numerous maladies. My mom was to later tell me (in a calm reflective moment) that she hated me as a baby, and they had tried to take me away from her. My dad was always unflinchingly supportive of her, so he probably talked them out of it.

My first recollection was of the three of us sitting at the kitchen table and me asking why mom was always throwing fits yelling at me and saying ugly things. They both laughed, and my dad told me to ignore her. My second recollection was of her verbally and emotionally abusing me and my adopted brother, and me vandalizing the piano (tic-tac-toe scratch marks on the shiny pristine surface) to punish her.

It seemed like every night I would lie in bed as my mom would yell and scream about me to my dad at the kitchen table. It is not uncommon for someone with a borderline personality diagnosis to label one child as bad, because their attitudes split—something is either all bad or all good. I developed the habit of just sounding her out. It just infuriated her more when I wouldn’t respond to her abuse, but just ignore it.

I manifested cruelty to animals, love of fire, and a fetish for guns. Avoidant reactive attachment disorder symptoms include hostility, passive withdrawal, intense anger, and a lack of empathy. Furthermore, looking back I think I assumed the role of “spoiler,” which means that I got my mom to direct her emotional and verbal abuse on me to protect my two adopted siblings. Of course, they didn’t appreciate me doing them that favor, and they blamed me.

She would constantly ride and deride me. My brother thought my name was Bastard because she used it so frequently. Over time I went further along the avoidance scale to schizoid personality disorder. I became indifferent to criticism or praise, preoccupied with fantasy and introspection, and emotionally cold and detached. I preferred solitary activities, and had very few close friends (and lacked a desire for such).

When I moved out, my mom would call me up to verbally and emotionally abuse me over the phone (it was sort of an addiction). She always claimed that I was to blame for her witchy abusive behavior, so I was the scapegoat of the family. I had to get an answering machine to screen her calls.

My party friends were aware of her behavior, and one asked to record the greeting on my machine when I was stoned and near sleep, and I agreed. He must have channeled me because it was perfect, done in a pirate voice, and very insulting. I woke up to the machine going off again and again, and when I answered I found out my mom had told everyone to call and listen to this horrible message I put on my answering machine. At least she laid off calling for a while after that.

When I started dating my future wife, my mom took a disliking to her. She asked that my girlfriend not accompany me to family gatherings. When we scheduled a date for our wedding, my fiancée called my mom and confronted her while I listened on the other line. My mom said some pretty nasty things, and then told the whole family that it was my fiancée who verbally abused her, resulting in no family members coming to our wedding.

I think after a while my dad lost his sense of identity due to the constant abuse directed at him, because once I was late to a family gathering. I called to warn them, and my dad kicked me out of the family. Great—I didn’t have to deal with that toxic environment any more.

About a year ago, my mom re-established communications. My dad was dying of kidney failure, and she had severe chronic obstructive pulmonary disease (COPD). We had a great first meeting at a restaurant, we exchanged some emails (mostly me giving them stories from my life), and I went to a family gathering (my brother had been murdered in TX, so it was just my sister’s family, plus my dad, mom, and uncle) that went well.

The last restaurant meeting with my parents didn’t go so well. It started out nice, but my mom was being verbally and emotionally abusive to my dad. They asked me how my childhood was, and I lied and said it was average, with some good memories and some bad.

She informed me they had decided to disinherit me (which I took very well, since I understood that my sister was much closer to them), and then she started accusing me unjustly of some things, spoiling for a fight. I acted passively, considering her health, and the fact it was a public place. I felt we parted on somewhat reconciled terms.

A week later I got very angry emails from both my father and mother demanding that I thank my mother for all the things she’s done for me. I responded with surprise, and thanked them for the dinner and good conversation. They responded that I knew they meant thanking her for her mothering me. I deferred, asking for a couple of days. When I failed to respond by the deadline, they both wrote again with horrible verbal and emotional abuse. That was when I told them that people ought not to treat each other that way, and that I would have to cut all ties with them.

My dad died shortly after that, and my mom a few months later (I was never invited to a funeral). A couple of weeks before her death she called my work telling everyone there that she was my mom, and that she wished I would return the call. I never did. Her obituary was the shortest I’ve ever read. My sister cleaned out and sold our childhood house within a month.

One final, weird thing: My wife and I were walking our three Dobermans, and when I turned the corner on the way home I saw nine deer standing in our front yard. We live in the city, so this isn’t just unusual, it is paranormal. The deer fled when they saw my dogs going crazy on their leashes, and I made a point of counting them. That was when I knew my mom had died. I immediately went on my computer, and sure enough her funeral was the day before. The number nine in numerology represents mother. What a tortured soul she was.

I gained forty pounds after my parent’s deaths, from an ideal weight. I’ve been obsessed with why everyone behaved the way they did, and discovered the reactive attachment (RAD), bipolar (BPD), and sensory processing (SPD) diagnoses.

Only in the last couple of weeks have I realized the lasting harm verbal and emotional abuse in childhood can have, even if you don’t feel the pain when it is happening. Growing up, everyone said I’d need therapy, and after decades of self-medication I think I am finally ready.

Writing this is the first step.