Gene Therapy for Alzheimer’s Prevention, and Other News 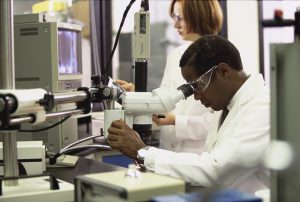 A new gene therapy may be effective at preventing the formation of Alzheimer’s, according to a recently released study. The innovation could represent an important hallmark in Alzheimer’s research, as current treatments for the condition can only address symptoms that have already emerged.

Alzheimer’s can greatly impact people with the condition as well their caregivers. Memory loss and other cognitive impairments associated with Alzheimer’s are thought to be the result of tangling between deformed proteins and molecules called beta amyloid peptides that can clog the brain with masses called plaque deposits. Scientists say the accumulation of plaque over time causes inflammation and neuron death. This research was conducted with the aim of curtailing the initial formation of plaques.

Using mice as an animal model, researchers added copies of a gene that interferes with the production of beta amyloid peptides to the brain’s hippocampus (an area involved in memory) and cortex (an area involved in thinking and reasoning). These areas were specifically targeted because they are where the condition first appears. Four groups of mice that were genetically predisposed to Alzheimer’s-like plaques were included in the experiment. Two groups received gene therapy.

Four months later, the treated mice had significantly fewer plaques, performed better on memory and other cognitive tasks, and had reduced inflammation where plaques were still observed. The researchers say these results are promising for the future of Alzheimer’s prevention, but they will need to be corroborated in human trials before serious progress can be made.

A study at the University of Vermont suggests the responses of therapists to messages seeking help may differ based on an assumption of the caller’s race. A total of 371 messages were left for licensed counselors and psychologists across East Coast and Mid-Atlantic states. In voicemails, actors identified as Allison (for this study’s purposes, a stereotypical white name) 198 times and Lakisha (a stereotypical black name) 173 times. Callback rates were about equal between groups, but findings showed callers posing as Allison were significantly more likely to be offered services. Training measures to reduce and ideally eliminate the effects of preexisting biases may be necessary to improve racial disparities and discrimination in mental health care.

This week is OCD (obsessive-compulsive disorder) Awareness Week, and people are sharing stories of their experiences with the condition. Dealing with OCD can be daunting not only because of the anxiety it can create, but also because it is commonly undiagnosed or misdiagnosed. Events like OCD Awareness Week are designed to educate the public and to reduce the trivialization of serious mental health issues.

A new study in the Journal of Neurotrauma identifies a link between traumatic brain injury and domestic violence. The finding is expected, as researchers were aware that head injuries are usually the most common type of injury in domestic violence situations (reported by 88% of all victims). Retrospective chart information was reviewed for 100 people who had been treated for traumatic brain injury as a result of domestic violence. These findings may help to improve treatments and programs being designed to help survivors of domestic incidents.

The American Heart Association has released a review that highlights a significant association between high blood pressure (hypertension) and the risk of dementia along with other cognitive impairments later in life. However, it remains unclear if treating the issue early can lower the chances of developing psychological symptoms in old age. The strongest effect was observed in middle-aged adults. An estimated 75 million American adults have high blood pressure, placing a large portion of the population at significant risk. 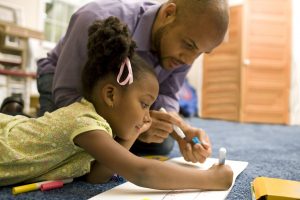 The warmth of a caring home during childhood can have a positive influence on the relationships of men in their 80s. The finding, published in the journal Psychological Science, is a reminder that the type of environment in which a child is raised can have repercussions that last a lifetime. Eighty-one men contributed data to the study over a period of 78 years. Participants with evidence of nurturing family environments in early life were the most likely to display a secure attachment style in their late 70s and early 80s. The analysis also suggests this effect is supported by better emotional regulation abilities during midlife.

Brain Exercises Don’t Live Up to the Hype, Researchers Say

Games that claim to improve cognitive functioning may actually be accomplishing far less, according to a review in the journal Psychological Science in the Public Interest. Researchers examined almost 400 previous studies of brain-training games and found most of them were flawed in design. After focusing on the few studies with valid information, they saw little to no evidence that the games helped improve anything except the person’s skill in that particular game. The authors’ recommendation is for a regulatory body like the FDA to step in to require controlled experimental studies to be completed before any claims are included in brain-game marketing materials.

The city of San Francisco announced the formation of a five-member team of mental health professionals that will accompany police officers in situations that may involve mental health crises or substance abuse. Officials said they made the decision in order to reduce injuries and deaths that could potentially result from a lack of training on mental health situations. It will also make it easier to coordinate police activities with mental health records, so someone’s health status can be taken into consideration immediately.