Forgiveness or Denial? The Answer is Key to Healing 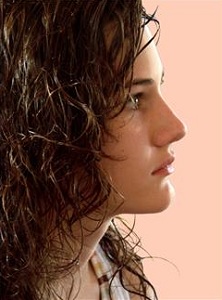 People who are depressed due to childhood trauma often tell me they don’t want to blame their parents; they think it’s healthier to forgive them. They may even tell me their spiritual practice tells them to forgive, and that they can’t heal until they forgive everyone, especially their abusers. This is a very confusing issue.

One of the problems I keep running into is this: Children naturally prefer to blame themselves for whatever feels bad in their relationships with their parents, and without help take self-blame into adulthood. That self-blame becomes shame, and shame gets expressed as self-condemnation, negative self-talk, beating up on oneself, and low self-esteem, among other things. All of that interferes with potentially every aspect of one’s life—relationships, work, friendships, creative expression, parenting, happiness, resourcefulness, peace, resilience, handling life’s challenges without dependence on something harmful, etc.

People come to me with problems in these areas, and our challenge is to reprogram them at the root of it all, which is blaming themselves for what felt bad in their relationships with their parents (or siblings, or peers, or other significant relationships during childhood). The reprogramming has to involve understanding that they were innocent, defenseless, and inherently lovable as children, so what went wrong was not due to their fundamental defectiveness, lack of lovability, or worthlessness.

From a child’s point of view, trouble with parents is caused either by the child’s badness or their parents’ badness. If it’s their parents’, the child’s own survival is in peril because he or she depends on the parents’ competence and goodwill to survive. This is why children sacrifice their own senses of worth to preserve their faith in their parents. This faith is very powerful, and causes severely abused children to choose to return to them even when they have a chance to be raised by loving, nonabusive people.

This paradigm follows children into adulthood. Not only is the self-hate continuous, but the myth they created to protect their parents holds on tenaciously. In order to maintain this myth, people have to perform some mind tricks. Chief among them is denial. If an adult fully acknowledges how much a parent hurt him or her, and how wrong the parent was for doing that, the deeply rooted system threatens to come apart. This adult minimizes the parents’ hurt and responsibility. This is denial. It protects the system he or she has relied on throughout life, but it also perpetuates the belief that he or she is fundamentally bad. If the parents aren’t to blame, it must be his or her own badness that caused the problems.

So the problem with “forgiveness,” as most people define it, is that it perpetuates the denial, which perpetuates the self-hate. If what the parents did wasn’t so bad, or didn’t hurt that much, they can more easily be forgiven. When people force themselves to forgive because they believe it’s healing, they often aren’t actually forgiving—they are denying. There is an appeal to this direction—more preservation of parents—but it actually stalls the healing process, the opposite of the intention.

What, then, is forgiveness that actually does heal? I believe healing forgiveness is a longer process than the peace normally associated with forgiveness. Healing forgiveness must not skip over the anger, and is not possible when one is stuck in the anger, either. The anger must be fully embraced, not diluted with denial and guilt, and healed before forgiveness can be completed.

I believe forgiveness is not a forced opening of one’s heart that allows one to transcend the feelings and thoughts that come from being hurt. I believe it is a process that involves grieving—acknowledging and expressing all the anger and sadness, then letting go, and forgiving or accepting at the end of the process.

Here’s a proposal for a three-step map of the process with regard to parents, which can be the most complicated scenario for forgiveness:

Now, if someone steps on your foot carelessly on his or her way somewhere, this process usually goes so quickly that you may not even notice most of it. You may feel momentarily hurt, and say, “Hey, WTF?” (Step 1) and the person may say, “Oh, I’m so sorry—are you OK?” and you may say, “Sure, no problem,” and mean it, and that would be Step 3, with not more than a momentary glance at Step 2. It’s the same process, but happens very fast. In more complicated relationships, the process may include an extensive exploration of all three steps.

This is a work in progress; let me know what you think!