Right Use of Power: The Effects of Forgiveness 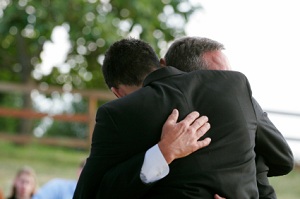 Forgiveness is often misunderstood. I recall asking a colleague to forgive me for my unskillfulness in handling a situation that affected him. I had made an important decision without consulting him. I was truly sorry.  His response to my request for forgiveness, however, surprised me: “If I forgive you, it will be as if it never happened. And it did happen so forgiveness wouldn’t be right.” Forgiveness, in fact, is a very deep feeling of reverence for life and willingness to somehow let go of past hurt. It does not require forgetting or condoning or even reconciling, as my colleague imagined and felt. In that moment with my colleague, I sat still. I wanted to explain what forgiveness was, as I understood it, but I had the sense that the core of the issue was not forgiveness, but my colleague’s need to hang on to the hurt. When you aren’t forgiven, what CAN you do? With this man, what I found I could do was to feel compassion for his need to keep his hurt as part of his story. And then, with sadness, I could let go of my need to be cleared of the burden of this hurt, so that we could move forward with good will. I must say that as a result of this interaction, somehow our current working relationship dramatically improved, but I continued to feel a shadow waiting in the wings.  Was it mine? His? Ours?

I had a client once who felt unworthy to be alive. He had sexually abused his two sisters as a teenager.  He had become grievously sorry and some years ago had asked them to forgive him. They had refused to have anything to do with him. He had been out of touch with them for years. He was suffering. He felt unforgivable. He wept. We explored his feelings together. He found a part of himself that could feel compassion for the teenager who himself had been abused. He could feel his confusion and he could fully feel how wrong it had felt even at the time. We stayed there for a while. From compassion, he found himself able to forgive himself. After a few sessions, he said, “I won’t be forgiven by the dear sisters that I harmed. I can understand their decision, but it’s very sad. I see that I can’t help heal our family, but there are several things I can do. I am a doctor. I can volunteer at our local women’s safe house. And I am proud to tell you that I have stopped the family cycle of abuse, and I have not and will never abuse my daughters.” This was a potent and transformative moment. He no longer felt like an unforgivably bad person, but as one who had caused deep pain, suffered, learned some strong lessons and become a person devoted to healing.

Recently, I read two newspaper articles about people choosing to pardon attackers. These are remarkable and newsworthy stories about wounded people who were able to work through their grief, anger, and suffering and come to a point of inner peace that allowed them to forgive.

The first story took place in the United States. Leonard Pitts, Jr. tells this one in his commentary Reverence for life can still trump a need for death. “James Anderson was killed in June near Jackson, Mississippi. He was a black man who was beaten and then run over with a pickup truck. . . . The killing was the definition of horrific. Yet in its letter, Anderson’s family asks prosecutors not to seek the death penalty. It is against their faith, they wrote, adding that executing Anderson’s killer will not ‘balance the scales,’ while sparing them may ‘spark a dialogue’ that could help end capital punishment.’ Our loss will not be lessened by the state taking the life of another,’ they said.” In this story, the family felt that their pardoning could actually serve a higher purpose of helping to end capital punishment.

The second is of a 34-year-old woman in Iran who was “blinded and disfigured by a man who threw acid into her face . . . because she refused his marriage proposal.” The court had ordered as retribution that doctors put drops of acid in one of the attacker’s eyes. “The man waited on his knees and wept. ‘What do you want to do now?’ the doctor asked? . . . ‘I forgave him, I forgave him,’ she responded, asking the doctor to spare him.” (Associated Press: World Briefs, Monday, August 1, 2011). I suspect that this moment changed this man’s life even more than the court ordered retribution would have.

Fred Luskin, speaking from the point of view of the one who has been harmed, defines forgiveness as “the ability to make peace with your own life by no longer arguing and objecting to the way it unfolds. It means difficult things happen in life, and first you have to grieve them, then accept them and finally move on. . . . Forgiveness means that unkindness stops with you. . . . This is not a one-time response. . . . It’s about becoming a forgiving person.” Vesala Simic adds, “Forgiveness is a pro-social change in someone’s experience after a transgression.  When people choose to forgive, they change.” (Both quotes from p. 30, p. 32, Shift: At the Frontiers of Consciousness, Issue 13).  I wish I could interview these people now that several months have passed to see how their actions have affected them.  I’m imagining they would describe experiences of peace, freedom, and good will.

In the largest context, forgiveness has the awesome power to stop the cycles of revenge and violence that drive egregious abuses of power. Luskin adds, “By choosing to forgive, we stand in awe of the horror that can happen to people in this world and we decide neither to participate in them nor to repay them. It’s not a matter whether or not we will have conflict; it’s a matter of what we do with that conflict.”

Actions of forgiveness such as in these stories come from an ethic higher than the ethic of guilt and retributive punishment. This higher ethical position comes from a foundation of reverence for life, desire to heal and stop the cycle of violence, and a belief that the kindness that can emerge from suffering can truly transform situations of injustice. This is right use of the power as the ability to have a beneficent effect.

© Copyright 2011 by Cedar Barstow. All Rights Reserved. Permission to publish granted to GoodTherapy.org.