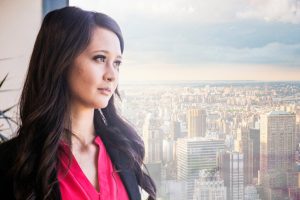 Power is the ability to have an effect or to have influence. Having increased influence “goes with the territory” when in the role of therapist, counselor, social worker, teacher, doctor, clergy, and certain other positions. It’s like whatever you say or do is amplified—louder, stronger, more impactful. It’s such a simple idea that it is easy to forget. What matters most in being skillful and effective is that you understand and, yes, accept this increased influence and you use it sensitively and wisely.

Some guidance follows. But first, a cautionary story. After an interview for couples counseling, the wife asked the social worker for his honest assessment of their relationship (a 35-year marriage). The wife later reported the social worker said, “I always look very hard for a ray of hope for each relationship, but frankly I don’t see any here. I think you should think about getting divorced. I can also refer you to another therapist.” The couple was devastated and shocked and left the appointment feeling that if someone with this much education in relationship issues thought it was hopeless, it would be unlikely they could find professional help.

The social worker may have been honest, but he wasn’t taking into account the amount of influence his assessment would have and the harm that his words could cause. This was an unreasonably strong judgment for an initial interview. Equally honest, and a more effective use of his power, would have been to tell the couple that considering the issues they were dealing with, he felt it would be better for them to work with another social worker.

Asked about instances when they noticed having a stronger influence than they expected, one social worker I know responded: “I am generally surprised when, long after the conclusion of therapy or many years after a talk, my clients and listeners in audiences tell me how their lives were changed for the better when I had been aware of nothing extraordinary at all. I have been in disagreements with clients and not realized that the basis of the conflict may be related to the power differential, and so I have been caught off guard, not having tracked the power of my influence.”

Influence in an up-power role can promote well-being or be misleading, forceful, or self-serving. Exerting “undue influence” is the term used to describe misused influence. Because of the power differential, mental health practitioners automatically and immediately have increased influence on the people they serve. Anything they say or do may have a much stronger impact than in ordinary interactions. Having influence is a part of their role, and much of their success depends on the right use of this increased influence.

If you are a mental health professional, it’s important to recognize increased influence has multiple dimensions:

Wise Use of Influence

Influence can be used appropriately in:

Advice or direction can be offered appropriately:

Self-disclosure can be used appropriately:

You can, however, understand more of your beliefs about power; increase your awareness of and sensitivity to your influence; and do your best to use this influence in service to the people you work with.