5 Remedies to Heal the Heartbreak of Divorce 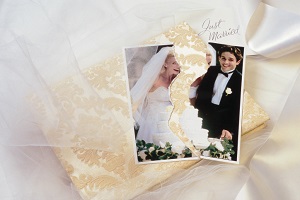 Everyone wants to believe in forever. Even if we know it’s not real, we hold the hope that our love will prevail, and that our marriages will last a lifetime.

When you got married, you deposited all of your hopes and dreams into your partner and the marriage with the belief that your investment would flourish and grow. You trusted that your return would come in the form of forever.

Now that your marriage is over, you have to reconcile what you thought you had, the future you imagined would be. Letting go of hopes and dreams is a painful process. This experience of loss feels like a betrayal because you feel you were promised forever and got never.

As hard as this is, if you don’t work toward relinquishing this disappointment, you will be stuck clinging to a belief that no longer exists. In the face of uncertainty, your tendency will be to return to what was or to focus on what could have been. However, you need to turn your attention to what is.

The rug has been pulled out from under you, which means you have to find your footing again.

Your dreams have been crushed, which means you have to reimagine a future grounded in a new reality.

Your fantasy of forever served you at the time you got married, but now you need to apply these healing salves to your wounds so you can find your way back to your own truth.

Five ways to get there: