Finding Healing and Connection in the Therapeutic Relationship 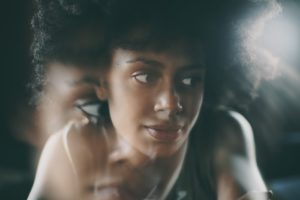 In the following article, names and personal identifiers have been changed to protect confidentiality.

“When I hear babies crying, I have a strong urge to kill them,” Mina said, her eyes downcast. I watched her sitting across from me, body slumped, a young woman tall and lanky, arms covered with intricate tattoos, refusing to make any eye contact at all. It was the beginning of a new year and her first session in therapy. I felt panic arise as I wondered if she was experiencing psychosis and needing more intense care than I could provide in my private practice. Thoughts about liability and safety were also at the forefront of my mind.

Mina displayed what I can only describe as an unusually high level of self-loathing, unable to take in any of my positive comments. She was also very fearful of me, or rather, fearful of how I would respond to her, and fearful of what she imagined as her negative and destructive effects on me. Having diagnosed herself with posttraumatic stress disorder (PTSD) with high levels of dissociation and existential anxiety, Mina talked about how she felt alienated from the image she saw in her mirror and often used “we” to refer to herself.

She was plagued with body image issues as well and had some confusion about her gender identity and sexual orientation. Having just quit her job, unable to deal with its stresses, she was spending most of the day at home, either lying in bed or in front of the television, severely depressed.

As sessions progressed, we processed together Mina’s feelings of aloneness, of having felt different and “weird” as a child of immigrants growing up in a predominantly white neighborhood, her experiences of racism, and her internalization of the criticisms and blame heaped on her by her parents: a narcissistic father, prone to rages, and a mother who emotionally abused her, for example, by refusing to speak to her for months when Mina was a teenager as punishment for some perceived slight. These experiences had instilled in Mina a deep fear of making mistakes and a fear of others’ reactions, anticipating anger and hostility. Mina was frozen in terror.

Mina’s inner world fascinates me. As I attune to her, I enter another dimension. I am now with another client, Dorothy, who has suffered unspeakable abuse and torture.

Dorothy must muster all her strength to escape the clutches of her abuser and save the life of her baby, Toto. I am willing to do anything for her. But what is my role? And what lessons have I yet to learn? How do I heal (her and/or me)? I am filled with a sense of urgency, for time is running out for Dorothy and Toto…

For someone who presented with such severe presenting symptoms, Mina’s progress in therapy was remarkably swift. I began to look forward to her sessions, waiting to learn from her what she had learned about herself. Mina was practicing being mindful (and so diligently!), honing her self-observing skills, often surprising me with her startlingly sharp insights about the source of her debilitating fears and negative self-beliefs, rooted in childhood experiences.

When Mina began to date, we processed her fears of intimacy and her wanting to end the relationship preemptively to avoid anticipated rejection and abandonment. Mina had begun to trust me at last, taking in my feedback of my experiences of her, and beginning to consider the possibility that she could indeed be interesting and likeable to others.

Mina began to develop increased self-confidence, self-trust, and self-love, using me as a mirror for her experiences of herself and the outer world. Yet through all this work together, she still refused to make any eye contact at all, having never looked at me directly.

Will I be able to save Dorothy and her baby in time? I face my doubts and fears and I tell myself “I am enough.” I search through my arsenal of superpowers, finding courage, intellect, and empathy. I begin to feel invincible. I walk alongside Dorothy, who is snuggling her baby, keeping her warm and safe. We are ready to overcome any challenge that comes our way. Suddenly, we are sucked into a vortex of magical currents–homeward bound…

It was session thirty-nine, about 8 months into therapy. Mina ventured to take a risk: to make eye contact at last. She expressed amazement and joy at finally being able to gaze directly at me, feeling the authentic and genuine unconditional regard I had always held for her. This session was a marker for the positive spiral of growth and spiritual awakening that ensued in both of us.

The universe was in sync.

Back to Mina’s initial statement–about her urge to kill crying babies–I did inquire more about it in the initial sessions. As we explored and dug deeper together, we came to the understanding that the sound of babies crying triggered memories of her own pain and suffering as a child. The urge to kill was really her intense need and desire to end others’ suffering.

As she began to connect with and understand her own deep caring and compassion for others, it became a pivotal step in helping to shift her deep-seated self-hatred into self-compassion. It is the development and nurturance of this self-compassion that paved the way for Mina’s true healing and the acceptance of her past and present, propelling her transformative and spiritual growth.

Another new year was on the horizon, and we agreed to terminate sessions after almost exactly a year in therapy. We processed her experiences in her journey of self-discovery, and mine as her witness, and the growth and positive transformation in both of us. For her healing had been a true gift, healing and transforming me as well.

In the end, transformative work at its basics is often simply the Self re-finding itself. We are all interconnected–there is no “other.”

Healing can be hard work, but a compassionate therapist can make starting the process easier. Find a therapist in your area here.