May 25, 2012 • Contributed by Barry G. Ginsberg, PhD, Director of The Center of Relationship Enhancement (CORE) 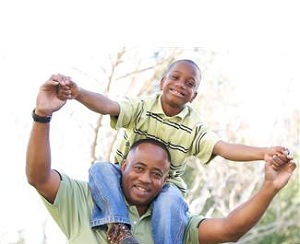 It was 1969, and I had just received my master’s degree in clinical school psychology. Here I was, dragging my family (wife and three children) to State College, Pennsylvania, to enter a doctoral program in child development and family relationships. Unbeknownst to me, a group of clinical researchers from Rutgers University were joining the faculty. They were led by Louise F. Guerney and Bernard G. Guerney, Jr., and had just completed a major research project on filial therapy funded by the National Institute of Mental Health. I had never heard of filial therapy. However, I found myself fascinated by this new and innovative approach. It was astonishing that they proposed that parents could become therapists for their own children. In fact, their research demonstrated that parents not only learned to be play therapists for their own children but they were as effective as professionally trained therapists. In their research, the Guerneys found that parents were able to learn to acknowledge their children’s feelings, allow their children self-direction, and engage themselves in their children’s expression of emotion and behavior. In addition, symptoms were reduced; children worked out their aggressive feelings, initiated more, and engaged with parents more constructively.

Thus began my more than 40 years of passionately practicing, training, and communicating to anyone who was interested to learn about the power and flexibility of this approach.

I was drawn to this approach, which has become my world view, primarily by the values of filial therapy. First, it was a shift from a diagnostic/prescriptive (medical model) approach to an educational/skill-training one. I was struck by the respectful acknowledgement of parents as having the major influence on their children and by the idea they could be effective change agents for their own children. No matter the quality of the parent-child relationship, parents remain the primary attachment figures in their children’s lives. If they could be skillful in improving the attachment security in their relationship with their children, wouldn’t that go a long way to help their children gain mastery, be better able to cope with their feelings, and relate better with others? And wouldn’t it be possible that the effect of this is carried on well throughout their children’s development? What if parents could become more “child-centered,” paying attention first to the child’s experience (feelings) instead of their own? Wouldn’t that improve the safety and security of family relations and context for all of its members? I think so.

Consider how quickly parents become collaborators around efforts to improve their children’s development, especially if they are worried about them. It helps parents and therapists collaborate with other figures in school and community that affect their children’s lives. Over all, a context is created that fosters the best outcomes.

So parents are taught to conduct weekly child-centered play sessions, at home, with their own children. It works best if the whole family is involved. Think about it: Everyone has to schedule these play sessions in their weekly schedules. Play sessions are scheduled for the same time each and every week.  Family life is transformed.

In child-centered play therapy, parents learn to structure a context in which, except for time and a few selected limits, parents can’t initiate; they give their full and undivided attention to their child,. respond with acceptance, nonjudgment, and acknowledgment of their child’s underlying feeling motivations. In addition, parents learn to set and maintain a few necessary limits that keep the sessions safe and improve their children’s self-regulation. Through this process, the parent-child relationship is transformed into a softened, emotionally engaged, and collaborative one. With continued weekly play sessions and the therapist’s support in helping parents generalize the principles and skills in their everyday lives, most problems are changed and family life improved.

In retrospect, I feel fortunate to have had the opportunity to learn about this remarkable approach and make it part of my life’s work. Clinically, I can’t think of a better way to intervene when children are referred for therapy.