Five Fights Every Happy Couple Needs to Have 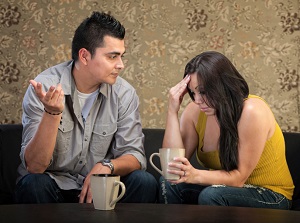 You might think that happy couples shouldn’t be fighting at all. But according to relationship experts, even happy couples will probably hit these relationship speed bumps at some point on their journey through marital bliss. When partners first meet, they are so consumed with their physical attraction for each other, those cute little quirks and the constant flurry of butterflies, that they can’t even begin to see that life is still going on around them. When your puppy love finally gets housebroken and true love settles in, so do the glaring differences between you and your partner. But according to experts, these fights do not have to be deal breakers; they just have to be negotiated.

Get these essential arguments out of the way early on and you and your partner can avoid some of the major pitfalls that many committed couples encounter.