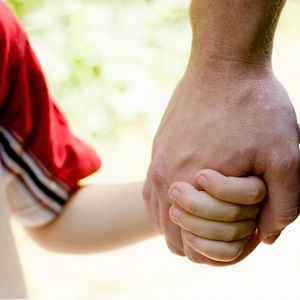 Hey dads. Feeling irritable and distant? Blowing a fuse for no good reason? A little nervous about your disconnection from the kids? Well here’s a unique idea not always presented to fathers: you are good enough the way you are.

Below are some explanations and affirmations for our natural skills as men as we bond with our kids. I think these skills apply equally well to women or single sex partners wishing to manifest more testosterone in their parenthood. It can be a lonely world ruling justly as king over one’s castle (and sharing power with the queen) but when channeled well, our king energy is a key ingredient in a healthy family.

The term “good enough” implies a kind of parenting that sets the stage for child development without micromanaging the entire process. The idea behind it is that growth is an internal drive unique to the nature of each child. The “good enough” parent responds with excitement to the spontaneous gestures of their child. In an atmosphere of positive excitement, the child flourishes and learns to trust his or her own core instincts. This inner confidence leads the child through many stages of autonomy and eventually through the turbulent but successful transitions of adolescence into adulthood. Simple enough, right?

However, the way men and women build this inner trust in their kids will draw from some legitimate biological differences. Based on several factors, a dad’s excitement about the independent gestures of his child will get expressed far differently than mom’s. These include:

There could be no better example of a child’s first spontaneous gesture than “howling bloody murder” at being denied the breast. Perhaps mom is busy, absent, or otherwise inaccessible, and it falls to dad to find adequate response to the excitement of the situation. There are two unique attributes of his brain that will dictate his response.

With this in mind, there are two natural outlets for the masculine nervous system under stress. One is for him to act out authentically in some physical domain (moving, bouncing, tossing, swinging, rocking the child). The other is to mask the original stressful excitement with a less painful feeling or avoidance of feeling. Often, I find this mask will appear as the “leave me alone” sulk or the “let’s argue about it” stance. When he wears these masks, he may gain a temporary sense of control over his stress. This dominance strategy can be uncomfortable for others but does not necessarily imply malicious intent. Faced with a child’s instinctive impulses, dad is usually either taking action with it or getting cranky. In my opinion, this is normal and well-adapted fatherhood behavior.

So dads, let’s apply these brains of ours to the task at hand. At every level of development, our children need a balance of secure and elastic attachment with their caregivers. In many cases, mom’s brain and body are set to secure mode. Her capacity to empathize (mirror neurons in the brain) switch into high activation. The primal drive to provide emotional security reigns supreme and, according to much of our current cultural conditioning, there is little need to limit her innate impulse to nurture. It should equally fall on us dads to sing out what cooing, emotionally sensitive sounds we can muster. We can forge paths in our brains, enabling us to feel a maternal grizzly fierceness to satisfy our children.

With mom in the room, however, children may seek a more elastic attachment style with dad. This can be critical to their growth as individuals, as explorers of the world, as independent, freedom-loving howlers after their destiny. Fortunately, this is where you can trust your body and brain for the unique guidance they bring to the situation.

In the interest of space, I will present as bullet points some of the elasticity-oriented skills we dads are honing as we parent. Some skills are interactive. Others teach indirectly through the way we manage our alone time or our relationships with mom.

Working with the natural tensions of childhood requires a willingness to acknowledge that not every life stressor meets with a solution. Sure, it’s nice when a sense of secure attachment rules the roost. But men offer critical alternatives and support for managing the hours when self-reliance is necessary. The elastic bonds forged between father and child in the early years are likely to provide each of us our own irreplaceable inner guidance system.

When ‘Good Enough’ Dads Get Help

And, yes, there are times when even the best of us “good enough” dads get help from others. Whether our healing comes from nature, medicine, or self-will alone, it is wise to seek counsel in the company of other men like ourselves when the going gets rough. Sustaining an elastic attachment with our kids requires that our own inner tension remains not too tight and not too slack. A few examples:

© Copyright 2011 by By Jonathan Bartlett, MA, MFT. All Rights Reserved. Permission to publish granted to GoodTherapy.org.