Facing Love: The Difficulty of Loving and Being Loved

June 1, 2014 • By Share Your Story contribution by Susie Yang 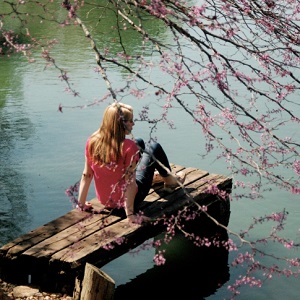 I find that situations easily send me into depression. I am dysthymic with some social anxiety. I work hard everyday to be grateful.

I was 29 when I met my first boyfriend. We would go on to date for a year and move in together for the following three years. Our relationship didn’t really end well. It escalated to one night when I just had this hunch to ask him why it felt like he was already dating someone. I slept in my car that night after he told me he was seeing someone. He texted me to come back, saying that he would sleep on the couch. I couldn’t stand being in the same room as him (we had a studio). The following week I came to pick up my stuff. We hugged and said that we would remain friends.

Over the course of the next few months, we were still seeing each other for lunch. Each time he would kiss me, I would feel this weird feeling in my stomach like I was being lied to. The last time I saw him, he showed some pictures on his phone when the same girl that he was dating while we were living together calls. He sends it to voicemail.

All the signs pointed south. I became increasingly depressed and sought therapy to talk it out. I discovered that the feelings of worthlessness I felt were consistent with those of people who have been emotionally abused. During our relationship I felt isolated from my loved ones. Our arguments always ended in me apologizing for offending him, or him threatening me by withdrawing his love. He said belittling words to me in front of others, as well as in private. And he lacked understanding about anything I was going through, not to mention he was abusing cocaine and other drugs I was not aware of.

Over time I discover that he had been flirting with everyone in town, bringing women into our apartment while I was at work. Over time I asked why I was attracted to a man like this. The answer became something I did not want to accept: he reminded me of my father.

My dad is in the nursing home with renal failure, dementia, and end stages of diabetes. He is bed-bound and has been for the past year. It was hard accepting the fact that my dad is on his deathbed, even though he is otherwise healthy and still alive. It felt like I had to forgive him very quickly. The guilt, the feelings that I have been a terrible daughter, wondering what I could do to make people love me more—maybe if I just stopped complaining, maybe if I were more successful.

The same tools I found myself using to just make this person be more loving, stop hurting, were the ones I used on both my ex and my father. I realized in time my dad’s temper is not normal—that being happy one minute to shoving food that I left for a stray cat in my mouth the next, is not normal. When I decided to go back to university after stalling my art school education, my dad didn’t speak to me for a year. I do forgive him. I know he suffered abuse as a child, too.

His culture—our culture—stigmatizes seeking help or medication for the bipolar disorder he evidently has. His temper subsided over the years, as equally subdued as feeble his body has become. The mark he left on his wife, my mother, seems impossible to remove. My mom stopped hugging me by the time I was about 8. She never tells my dad she loves him, even though she is the most dutiful wife, visiting him everyday at the nursing home. She is warm in ways that are different than most moms. She has been there for me when I had no one else.

The abuse I accepted in my life was because I grew up with it. I love my parents. I also love my ex-boyfriend. To this day I feel there is still something I could do to heal his hurt so that we could truly love. I also wonder if it would be possible, or if I am just setting myself up for a rude awakening again.