Don’t Underestimate Me: Ethical Use of Power for and with Children 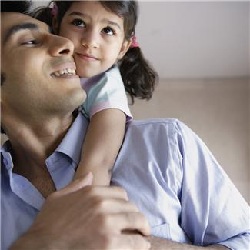 “So, I’m curious. Do you know that word?” Heads nod. Looking toward the boys: “What do you like about being boys?” “Boys do adventurous things.” “Great, you used one of this week’s new words!” “What else?” “Boys are the head of the household.” The boys then puff up their bodies and start imaginary punching in the air coupled with laughter. “You mean the head of the household hits people?” The boys give me a caught-in-the-act-of- unconscious-play-suddenly-becoming-serious look. Silence. I look at the girls. “Do you get hit a lot?” The girls sit still and say nothing. I realize that these questions are too direct for Indonesian sixth graders. “What do you like about being girls?” “Girls walk and play in a group.” What else? “Girls are tough.” The girls sit up taller. The boys spontaneously wince and shrink back. “So I see you know how tough the girls are.” They boys again look surprised at my serious response. They nod. I may have been too direct, but I can feel they are very interested.

I’m a volunteer teacher for one semester in a small, innovative, child-centered school in central Borneo in Indonesia. I’m teaching English to sixth graders and Social Studies to seventh graders. It’s been 35 years since I was an elementary school teacher! I’ve been a psychotherapist and university-level teacher since. I’ve developed a book and ethics training program called “The Right Use of Power” that I have taught to hundreds of helping professionals. Now I’m interested to see how right use of power teachings could be useful in this little school.

At lunch with some of the other teachers, most of them Indonesian, I retell this incident. The teachers smile. There’s something accurate and universal here. One of the teachers describes how whenever her father is hungry, he just sits at the table and says, “I’m hungry.” Immediately the women rush around to get him something to eat. Another teacher says, “Out in public, the men are the head of the family. What they say, goes. But at home, the mothers are the emotional head of them family. Some of the women can get the men to do whatever they say at home.” Another says, “I am the only son. My father would get frustrated and he would beat me up. I never knew what for. He never hit my sisters. Just me. He and my mother were not getting along well. Now, some years later, there’s a big change. They are getting along better and my father wants us to talk about things as a family. ” “Is that unusual?” I ask. “Yes. I don’t know anyone else with family talks like this. I like it a lot.” Our little school is a mix of Muslim and Protestant children. Only a few of the Muslim women are covered (as compared to Turkey and Morocco). Family structure is fairly traditional.

My sixth graders are learning English. Their reading and comprehension are great, but they are very shy with speaking. This is partly because Indonesians are gentle and soft-spoken and partly because the children worry about not speaking correctly and so prefer to say nothing at all. So I’m focusing here on encouraging conversation. Here’s another spontaneous classroom moment. Ale says, “I tease a boy at recess. He is Indian.” I say, “You tease him? There are two kinds of teasing, aren’t there—funny teasing and mean teasing. Which kind are you doing?” I look around at the others. “Mean,” they say. Ale nods. “What happened today at recess?” No answer from anyone. I look at Ale. “Ale, can I challenge you?” His face lights up. He nods, enthusiastically. “Okay. Here’s your challenge. Figure out something kind to do or say to Ezra by tomorrow’s class. Can you do that?” Ale nods. One of the other children says, “We watch you.” I add, “Did you hear that, Ale? The others watch you. You are a leader. They follow what you do. You can be a good person to follow or a mean person.” The next morning, the entire class is focused on Ale and his challenge. “Ale’s challenge, Ibu Cedar!” “Tell us what happened, Ale.” “I apologized and told him he could sit in front of me on the bus.” “What did Ezra do?” “He got in front of me.” Then Ale physically demonstrates excitement and surprise. “He was surprised? He expected you to be mean, and you were kind instead. Yes? And how did you feel?” Ale surprised me with his answer: “Relieved.”

Another universal issue, bullying and mean teasing. I decided to try an adaptation of one of my adult experiential practices relating to the dynamics of the power differential. I wrote many pairs of up-power and down-power roles on the white board and had the children connect them up. They had absolutely no difficulty knowing who was up-power and who was down-power. Teacher/student, principal/teacher, shopkeeper/employee, father/mother, mother/children, coach/soccer player, big brother/little brother. I pointed out that they might change roles, like be an up-power big brother and then a down-power student. Then we talked about what power means: the ability to have influence on others and the ability to make things happen.

Next, they paired up and I gave them imaginary roles, like “one of you is the shopkeeper and one of you is the employee.” The employees then asked for things and the shopkeeper could say either yes or no, just yes or no. We did several rounds of this and then I asked the children to tell me about how they felt in the down-power role and in the up-power role. These are the things they volunteered (in their own words). In the down-power role they felt “weak, sad (when the up-power didn’t let us to do something), sometimes happy.” In the up-power role they felt “good because I can tell people what to do, stronger, happy to be the boss.” Then I asked how they would like to be treated by the person in the up-power role. They answered: “treat the way we want, kind, respectful, listen explain, no hitting or yelling, don’t underestimate me.”

The next day we took this exploration further. We talked about the two responsibilities of the up-power person: to be kind and to make sure that things go well for the family or school or business that they are in charge of. I pointed out that it is difficult sometimes when you want to make people happy but you have to say no to their request. “If I’m the shopkeeper and my employee asks for a very big raise, I have to say no, which won’t make him happy. I have to say no if the business isn’t making enough money to pay him that much more. I’m in charge of the business. Or if I’m the big sister and my little sister wants to do something that’s dangerous, I have to disappoint her and say no so that she’ll be safe.”

I asked the children to pair up, with one being in the up-power role as a parent and the other in the down-power role as child. The child was to ask the parent for something, and the parent was to say no in a kind way and then say no in a mean way. We did several pairings of this process and then talked about it. “Which role did you like better?” Most of the children answered: “up-power.” “And why? Why do you think people are mean with their power?” “Revenge.” “It’s easier not to think about down-power feeling.” “You can do anything you want.” “More powerful.” “You’re right,” I responded. “It often takes more effort, and more thoughtfulness, and more understanding of other people’s feelings to use your power to help instead of hurt. Using your power well means being wise and courageous.”

This is English class, so I asked them to write down six ways to be a kind up-power person and six ways to be a mean up-power person. These Indonesian students are more confident in their writing than in speaking, so their answers reflect a little deeper thinking. Here are a few responses, again, in their own words. How to be kind: “Don’t angry to the down-power. Tell them carefully. Respect the down-power. Explain what you want in good ways. Think what down-power feels. Smile when you pass down-power. Treat down-power the way you want to be treat. If it’s possible, try to give what the down-power wants. Try not to hit down-power even if you’re angry. Be kind as possible because your the up-power. If the employee ask you the things that you don’t want, you can ask him why. Be nice to your own kids because they still don’t no anything. Be kind to your kids so they love you to. If you angry don’t take it out to your kids. Never angry to your kids with no reason.”

“Okay, thank you for talking with me about all this,” I said. “We liked it,” they responded. “Good. I wonder if I can challenge all of you?” Nods. “Okay. So your challenge is…..Do something kind for someone younger than you by tomorrow’s class.” Here’s what they did. “I helped my little brother with his homework. I put a little kid’s bag up on the bus. I took care of my little cousins.”

“So now, why do people want to be kind? What do you get out of being kind?” “It feels better. They be kind back to us. I liked teaching my little brother. You get a reward. I feel happy. God knows about it.” I think these sixth graders in Indonesia understood the basics about the power differential, and I look forward to finding naturally emerging ways to build on this. Ethical and wise use of power is a universally important topic.