The Roots of Ethics as Soul Work: Moral and Ethical Development 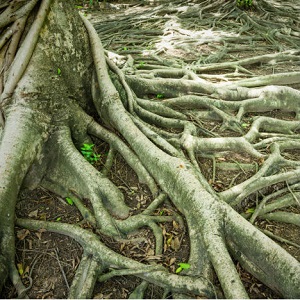 Ethical use of power begins in empathy and altruistic pleasure. We are born with a basic moral compass, based in empathy and the natural desire to take action on behalf of others. This is most obvious in the outpouring of care for a family member or a situation in which one is directly involved. Simple moral decisions activate a straightforward brain response. Maryhelen Snyder has spent a lifetime studying young children as persons. She has consistently found that children have an inborn predisposition for justice and caring. “Unless they have been dehumanized by adults …children reveal the capacity to be empathically attuned to each other, to co-create a ‘justice culture,’ to support fairness, safety and the restoration of relationship, and to be naturally interested in what works for the well-being of all.” This is what we would expect from our brain wiring.

Of course, when this brain wiring in the frontal lobes is damaged or inoperative, people suffer from a complete lack of empathy and conscience, clinically labeled psychopathy. While not all who meet the definition of psychopath are violent, they live with a lack of the normal empathy and conscience that guides behavior. When in leadership positions, and they are there, these people are particularly difficult if not impossible to deal with (Hercz).

Our brains are hardwired for empathic responses toward the well-being of others. There is global agreement about basic human rights, in theory at least, elucidated in detail in the U.N. Universal Declaration of Human Rights. There are virtues common to descriptions of what qualities are important to being a good person in the core teachings of major world religions. Linda Kavelin and Dan Popov identified 52 of these through studying the texts of the world’s great religions. Karen Armstrong recently proposed the creation of a contract for compassion to be signed by the leaders of world religions. Global agreement on top values of honesty, responsibility, respect, and fairness exists. Clear situations where there is a choice to alleviate suffering, like picking up a hurt child, giving money to support victims of a fire, sharing food with someone who is hungry, activate a straightforward brain response.

Other situations are more complex and activate competing brain center activity, like abortion, euthanasia, population control, use of global resources. Here’s where the life-long process of moral and ethical development begins.

There are many moral development theories. I’ll mention several here. Lawrence Kohlberg, who delineated the classic theory of stages and levels, identifies developmental perceptions of rules and of what “right” is. Oversimplifying his system, rules are to be obeyed to avoid punishment; then rules are to be followed in order not to cause harm; and then rules are seen as beneficial and can be changed if they are unfair. “Right” is first seen as satisfying one’s own needs; then as doing one’s duty and respecting authority; and then right is an integrated and organic expression of concern for all in a given situation. Knowledge of these developmental and perceptual differences has potential value in fine-tuning your skills in dealing with people you see in therapy, colleagues, and superiors who may be guided by different perceptions, especially in talking about ethical codes and the concept of right use of power.

Carol Gilligan, another theorist, using Kohlberg’s model, found that in their moral development, men tend to operate from an ethic of justice while women operate from an ethic of care. While Kohlberg puts focus on justice as a higher stage than a focus on care, Gilligan considers these a same level difference between boys and girls. Gilligan says, “An ethic of justice proceeds from the premise of equality—that all should be treated the same,” while “an ethic of care rests on the premise of non-violence—that no one should be harmed.” The flavor of this difference seems to be reflected in the difference in perspective between relationship prudence (as seen in mediation and restorative justice programs) and jurisprudence (as seen in most grievance processes and in legal actions.) The right use of power model advocated here is a meld of the two concerns—for justice, and for care—power with heart.

Ken Wilber speaks of evolution as proceeding by including and yet transcending what went before. Both he and Gilligan would agree that moral and ethical development proceeds in this fashion. Moral development is seen as a hierarchical in that “each stage has a higher capacity for care and compassion.” Stage one is labeled egocentric—morality is centered on “me.” Including and transcending, by Stage two, called ethnocentric, a person’s identity now extends to members of their group, i.e. community, family, religious affiliation, school. At Stage three, world centric, another inclusion and expansion has taken place and care and compassion is felt and expressed toward all of humanity. Gilligan follows development further in describing the highest stage of moral development, which she calls integrated, as a fourth stage in which the voices of the masculine and feminine, the voices for justice, and the voices for compassion, become integrated.

It is clear that at the egocentric stage, moral decisions are relatively simple and black and white. Parents and teachers know that children feel empathy and can act on behalf of others. However, as we expand into the ethnocentric, world centric, and integrated stages, ethical sensitivity, awareness, and decision-making become more and more complex and challenging. These higher levels of development are what I consider the soul work of using power with heart.

The power spiral model, is further developed in my book Right Use of Power: The Heart of Ethics. The power spiral offers both guidance and a framework for ethical soul work leading to effective and wise world service.

© Copyright 2008 by Cedar Barstow. All Rights Reserved. Permission to publish granted to GoodTherapy.org.