‘Epidemic’ Is Insufficient: HIV/AIDS Is a Syndemic Issue 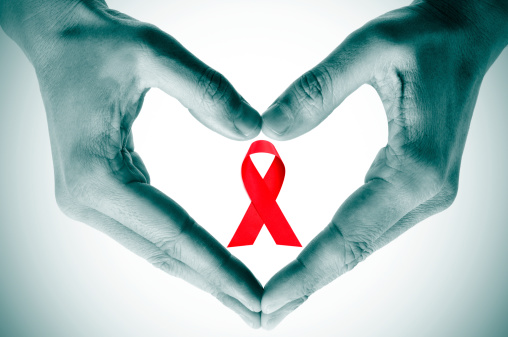 I recently was part of a group that developed and ran a workshop in Washington, D.C. called “Ethics, HIV, and Mental Health.” The audience was primarily made up of social work students at Gallaudet University, a private school for the deaf and hard of hearing. Our objectives were to have social workers reflect on how much has changed since HIV/AIDS emerged, and to equip participants with knowledge of new technologies and resources for helping to stop the spread of HIV. The big lesson for me was to see how HIV is still approached as an epidemic when the reality is that the syndemic perspective gives the greatest opportunity to grasp the challenges.

In the past, I wrote in this space about how HIV is often part of a syndemic for the individual impacted by HIV, as evidenced by the high correlation of depression and HIV. There are many other conditions—homelessness and addiction, to name two—that create mutually reinforcing conditions.

While clinicians, counselors, and therapists usually can grasp the syndemic perspective psychologically, there is a societal conversation that also needs to take place, one that transforms policy, education, and funding. Based on my experience with how entrenched the HIV/AIDS bureaucracy is, it seems clear that if this is going to happen, the social sciences (psychology, sociology) are going to have to take the lead.

First, let’s look at the difference between epidemic and syndemic. The epidemic approach focuses on one condition at a time, leaving other problems to be addressed by parallel enterprises. It tends to create a series of demographic silos that does not easily lend itself to seeing connectivity. The epidemic approach to HIV/AIDS reports impact of HIV based on race, sexual orientation, and gender, but none of these accounts for factors such as economics, employment, education, and mental health. This approach simply does not adequately describe the public health crisis that is HIV/AIDS.

Herein lies the challenge: the epidemic approach that is the driving force of programs, policy, funding, and public discourse focuses on only one aspect of syndemic work—trying to control the identified affliction (in this case HIV). This does little to help prevent the continuing syndemic and, in fact, can handcuff prevention efforts.

The syndemic perspective (a term coined by Dr. Merrill Singer in the 1990s) is, to borrow from Medicinenet.com, “a set of linked health problems involving two or more afflictions, interacting synergistically, and contributing to excess burden of disease in a population. Syndemics occur when health-related problems cluster by person, place, or time.” This definition further states that to prevent a syndemic, one must “prevent or control not only for the affliction, but also for the forces that tie the afflictions together.”

Herein lies the challenge: the epidemic approach that is the driving force of programs, policy, funding, and public discourse focuses on only one aspect of syndemic work—trying to control the identified affliction (in this case HIV). This does little to help prevent the continuing syndemic and, in fact, can handcuff prevention efforts. For example, one of the driving forces of the HIV syndemic is stigma, and yet many programs “target” high-impact groups as reported from epidemiological data, which only serves to perpetuate the stigma.

For those of us in the counseling and mental health profession, there are things we can do to change this—not only in our clinical work with people, but in our professional networks, work settings, and personal lives. As John Muir said, “When one tugs at a single thing in nature, he finds it attached to the rest of the world.”

We know this to be true in our work. We can play a role in helping our communities better understand that this is also true with HIV/AIDS and other conditions, and in doing so, we can perhaps help prevent the continuation of the syndemic.