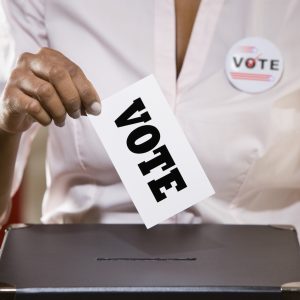 The 2016 United States presidential election is a source of significant stress for many Americans on both sides of the political divide, according to the annual Stress in America survey from the American Psychological Association (APA).

Many therapists around the country are also reporting more people coming to their therapy sessions with feelings of fear, anger, and anxiety about the election.

Based on the results, 52% of participants reported feeling somewhat significant or very significant stress levels surrounding the upcoming presidential election. Men and women reported about equal stress levels, at 51% and 52% respectively. People who are active on social media were especially likely to experience election-related stress. About 54% of people who regularly use social media said the election was a significant source of stress (compared to 45% of adults who do not use social media), and 4 in 10 respondents said politically charged conversations on social media were a cause of stress.

Stress levels revolving around election anxiety varied by age group. The oldest and youngest American adults were most likely to be experiencing greater stress ahead of the vote. Of those 71 years and older, 59% reported experiencing significant stress levels. For millennials (ages 19-37 in this study), 56% reported significant stress. Fifty percent of baby boomers (ages 52-70) reported higher stress, as did 45% of those in Generation X (ages 38-51).

More so than other racial or ethnic groups, Hispanics were most likely to report experiencing election-related stress (56%), followed by 52% of whites, 52% of Native-Americans, 46% of African-Americans, and 43% of Asian-Americans.

The results of the survey come with recommendations aimed at helping voters mitigate their stress levels before heading to the ballot box on November 8. These recommendations include reducing the amount of daily media intake and instead reading just enough to stay informed while prioritizing time with family and friends. Avoiding politically charged discussions that are likely to veer into unproductive conflict either online or in person can be an effective way to sidestep heightened election anxiety.

No matter what happens on Election Day, the APA suggests reminding yourself that life will go on. Maintaining a balanced perspective and avoiding “catastrophizing” either outcome can ease stress levels. For those who feel the need to channel their concerns into something productive, the APA recommends finding a way to support your local community, such as volunteering or advocating for a meaningful issue.

The APA’s final recommendation is to vote. Voting in the upcoming election can be an effective way to feel a sense of importance and participation in an especially stressful election cycle.