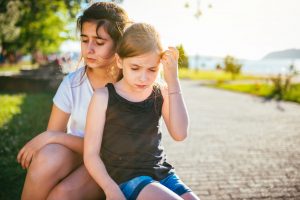 New research on how social connections can impact individual health is supporting the long-held belief that friendships are good for you. However, the findings also suggest the type of friendship can be an important distinction.

Previous research has shown social isolation can lead to serious physical and mental health issues. What is unique about the new research is its involvement of several key factors, including a broad range of ages, locales, and varying types of social relationships.

Association Between Social Connections and Health

The study’s authors took special interest in the quality of social connections, suggesting consistent support and positive companionship make more of an impact than the number of friends. Social connections in the study were not limited to a strict definition of friendship; significant others, spouses, and family members were all included.

The authors reviewed existing data sets on nearly 15,000 total subjects. They explored social connectivity alongside medical histories, but also adjusted for the subjective quality of each person’s combined relationships.

Where data on the quality of relationships was available, the researchers attempted to distinguish relationships offering genuine support versus those that cause strain. Those who perceived having a quality network of friends had better health outcomes overall, including lower instances of hypertension, inflammation, and obesity. However, the findings from strained relationships showed harmful effects on a larger scale. This suggests the benefits of a good friend may be outweighed by the potential harm a strained relationship can cause.

The association between social connections and health began in adolescence, but became weaker in mid-adulthood. Researchers say this may be due to middle-aged adults building strong networks around work, parenting, and community involvement. Social isolation also had varying future health effects based on when a person experienced the isolation. Adolescents who felt isolated were more likely to become obese later in life, while isolated older adults were more likely to experience hypertension.

According to the authors, their study sheds new light on how social relationships can physically affect people. They say these findings provide a solid scientific basis to promote stronger relationships for increased quality of life and greater life expectancy.