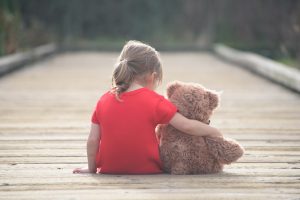 Economic downturns such as the Great Recession may cause children‘s mental health to deteriorate, according to a new National Bureau of Economic Research study.

Mental health professionals have long known that economic insecurity can negatively affect adult mental health. A 2011 review published in the journal Neuropsychiatry points to increases in suicide, substance abuse, and mental health diagnoses associated with economic disasters. Recent research shows suicide rates rose by 24% between 1999 and 2014, and some studies have established a connection between this increase in suicides—especially among middle-aged Americans—and the Great Recession.

The new study is one of the first to look at the effects of economic downturns on children’s mental health, and the findings suggest children who grow up during a time of economic instability may be at greater risk of developing mental health issues.

For the study, researchers used data on children ages 4-17 from the 2001-2013 National Health Interview Survey. The survey also included details on utilization of special education services for mental and behavioral health issues. The team then compared this data to unemployment rates and housing prices during the Great Recession.

The researchers note that changing economic climates can affect children even when their parents or families are not directly affected. Economic downturns can increase parental stress and job insecurity, potentially undermining children’s mental health by extension.