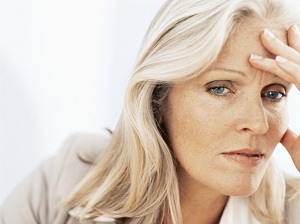 In many cultures, women are honored and revered as they age. In present-day modern society, most women experience pressure to remain young, thin, and beautiful, with little appreciation for the wisdom and experience they have accrued over the years. Not surprisingly, there has been a corresponding increase in the incidence of eating issues among midlife and older women. February 24 marks the start of National Eating Disorders Awareness Week, and this frequently overlooked subgroup of women deserves attention.

The media, popular culture, and even the medical establishment have stressed the inherent dangers of carrying excess weight as we age. Yet many women in their 40s and 50s struggle with eating issues such as anorexia and bulimia, once thought to have affected only youth. In a study of 1,859 women ages 50 and older, Dr. Cynthia Bulik and colleagues reported that 13.3% of respondents acknowledged symptoms of an eating disorder. She found that 3.5% reported binge eating within the past month, and 8% indicated they had purged within the past five years.

Some of the self-destructive behaviors these women reportedly used to control their weight included self-induced vomiting (1.2%), laxative abuse (2.2%), diuretic abuse (2.5%), excessive use of exercise (7%), and diet-pill abuse (7.5%). Interestingly, although 28% of the women indicated they had struggled with an eating disorder in the past, many had no previous history. While 42% of respondents maintained a normal weight, and 2% were underweight, it is noteworthy that 70% indicated that they were trying to lose weight and 79% reported that their weight and body image affected their self-image.

Is there an increase in eating issues among older women, or have we simply failed to notice this problem in the past? Given the absence of good, epidemiological data, the answer is unclear. What is apparent, though, is that at a time in life when women should be enjoying the fruits of their labor, the joys of their accomplishments, and an abundance of friends and family, many are entrenched in self-loathing and weight obsession. Furthermore, while self-destructive behaviors such as restrictive eating, excessive exercise, or purging behaviors can wreak havoc on a young adult’s body, they are even more dangerous for midlife and older women, who may be less resilient. For example, there is an increased risk of severe osteoporosis, gastroesophogeal reflux, and cardiovascular disease among women 50 and over who use eating-disordered behaviors.

Eating issues have gained more recognition, and the problem is often identified when it develops in adolescence or early adulthood. However, eating-disordered behaviors among older women are frequently overlooked. Symptomatic individuals often harbor tremendous shame and are fiercely guarded about their symptoms. They are more adept than adolescents at hiding symptoms from family and friends, or may live alone and avoid scrutiny. Some may even rationalize that these behaviors are part of a “healthy” lifestyle. In a society where obesity is criticized, women may be praised by physicians, coworkers, and friends for weight loss as their underlying problem goes unnoticed.

It is critical that women take this health threat seriously, regardless of age. If you are restricting your caloric intake, maintaining an impossibly low weight, losing weight too rapidly, and/or engaging in any purging symptoms, such as self-induced vomiting, or laxative, diuretic, or diet-pill abuse, it is imperative that you seek help from your health care provider and a therapist who specializes in eating issues. Even if symptoms are not as extreme, an obsessive preoccupation with weight and size, a poor body image, and devoting a disproportionate amount of time to concerns associated with appearance indicate that you may need some therapeutic support.

At the very least, speak with a loved one or friend about your concerns and get a reality check about your behaviors or thoughts. On a broader scale, more input in the media and in our society is needed to refute the widespread expectation that women must continue to maintain a youthful, slender appearance at the expense of their mental health.

For more information, click here for some useful websites about eating issues.