Don’t Even Think About It: Cognitive Avoidance and ABBT 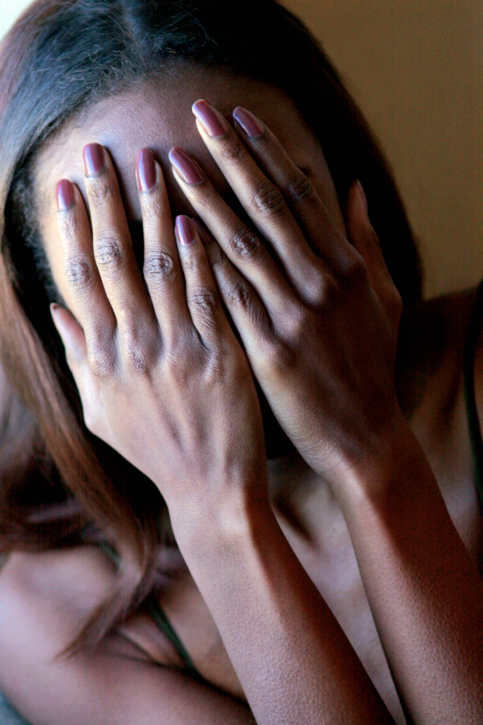 Our ability as humans to distract and compartmentalize our problems and emotional experiences is part of an evolutionary and complex mental system. Avoidance is not inherently good or bad as a widely applied coping skill. However, the way one avoids stress may affect his or her level of engagement with others. Mentally speaking, avoidance is a typical response to stressful thoughts and events. Crossing the street so as to not pass by someone walking in your direction is an example of physical avoidance. The paradoxical effect of anxiety and mental avoidance leads us to a new therapeutic model.

Acceptance-based behavioral therapy (ABBT) is from the third wave of cognitive behavioral therapy (CBT) approaches. This new flood of therapies incorporates mindfulness practices. ABBT, for its part, focuses on the management of cognitive avoidance. It addresses the omnipresent suffering that encompasses the mind’s ability to project into the future and dwell or ruminate on the past. Our thinking in this department is more complex than for any other mammal on the planet, but to a fault.

The worry that we create through habitual patterns of thinking serves as a form of avoidance from the present moment experience. The avoidance becomes automatic or habitual over time, so we tend not to be aware that we are avoiding things. We might not realize that the worrying or our perception of an association in the future distracts us from other emotional topics.

This is especially resonant in American culture. Westernized values center on productivity and success as determinants of self-worth. This egocentric position ingrains our fixation on what the future will bring. It is eloquently framed the “intolerance of uncertainty.”

Worrying or attempting to not fixate on an idea or memory is viewed by ABBT as a “natural response” rather than inherent pathology. The worrying takes place as a way to reduce physiological arousal around something aversive or feared, but allows us to avoid more distressing issues. One of the ways this directional thinking or grasping (i.e., future or past) causes us so much stress is that the observation becomes self-identification. An inability to tolerate the ambiguity of an uncertain future creates a tendency to respond in a negative way. Negative prediction or judgments of the future lead us to further worry, which we then try to manipulate as the cycle perpetuates.

Take an invitation to public speaking as an example. If you are asked to give a presentation in front of a group of coworkers tomorrow, you might start thinking about material to reference or what the room looks like that you will present in. Then you ponder how many people will be in attendance. You consider what type of attire you should wear and how people will be staring at you. What if you make a mistake? The thinking and worrying narrows your focus toward potential social threats (the coworkers watching, the bosses evaluating, etc.).

The associations can begin to entangle the person and they become hooked by their own mental processes around the potential experience. The cognitive aspect pairs with physical reactivity such as increased heart rate or a sinking feeling in one’s stomach to condition the anxiety. Rather than noting this experience as anxiety, people often self-define as saying or thinking, “I’m really anxious!” The idea of being anxious is fused with the person. The person views himself or herself negatively and further worries about how he/she will respond in this perceived state of mind. A conclusion often stems from personal judgments around the anxious state and can come in the form of a belief: I am weak.

If your way of operating includes attaching to these beliefs, certain states of mind (fear, sadness, anxiousness) become framed as personal deficits or flaws. Put more simply, the idea that there is “something wrong with you” is cemented. When a person believes there is something wrong with him or her, often the thought is that if I could just fix [insert a perceived deficit], then my life would be better. The self-criticism and judgmental thinking—not the perception of stress or deficit—tends to be the issue needing addressing. Awareness of your state of mind throws a wrench in this way of thinking and changes the operating system.

Acceptance-based behavioral therapy facilitates a system of operation with an emphasis on active awareness of one’s mind. Thoughts and feelings are not being replaced or altered. You recognize or observe what is occurring in the present moment.

Acceptance-based behavioral therapy facilitates a system of operation with an emphasis on active awareness of one’s mind. Thoughts and feelings are not being replaced or altered. You recognize or observe what is occurring in the present moment. Initial worry manifests as a thought and not who you are. However, beginning to worry about the worry and the avoidance strategies that accompany that way of operating is the process ABBT is directed toward. It also arranges a structured framework for therapists to work with the reactions of people in therapy (i.e., the behavioral component to the CBT coin).

The ABBT approach presents as a new way of operating for some people. Think about the functional change that occurs in the transition from desktop computers to mobile devices for using the Internet. The first major step of ABBT is being connected. It is like finding a Wi-Fi network to link with. The connection enables you to cultivate an expanded awareness or Wi-Fi signal as opposed to the narrow Ethernet cord-to-wall technology of the desktop computer. One must carry this signal of awareness and not be tangled up or fused with internal experiences (i.e., thoughts, rumination, etc.). The second step is a willingness to read or face the news of your experience (i.e., feeling states). The analogy here is once you are connected to a signal, you can open up a single web browser like Google or Internet Explorer. Engaging with the browser (don’t be tempted by random advertisements, Facebook or Twitter) offers the third metaphorical piece to ABBT: mindfully participating in personally meaningful behaviors.

As humans, we all benefit from increased awareness and empathic responses to environmental changes. Cultivating this practice of momentary acceptance while observing one’s own internal states will intrinsically create meaning within the activities one engages in. Put simply, if you are open and willing to put out a clear signal and connect with the world, your options for engagement are boundless.