Domestic Violence and Trauma: 4 Things Everyone Should Know 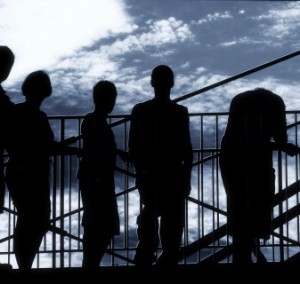 October is recognized as National Domestic Violence Awareness Month. It is an important issue to bring attention to, as awareness is the first step in making changes. Domestic violence is a subject that some may be uncomfortable discussing, as it may seem that it is too big to do something about. It may also seem unlikely that someone could get past such a difficult situation and move forward with his or her life. There is often a feeling of hopelessness associated with this subject. The good news is that there are appropriate ways to approach this subject and domestic violence situations that do not have to feel overwhelming or impossible.

Domestic violence is traumatic for all involved. This includes victims, loved ones of victims, children and animals who witness the violence, and there is sometimes even an element of trauma for the perpetrators themselves. Often, violent behavior is the result of having learned it at some point in life. It is not uncommon for perpetrators of domestic violence to have been victims of violence and trauma themselves at some point.

So what can we do about it?

First, we must acknowledge that domestic violence stereotypes are dangerous and can prevent some people from acknowledging it is happening to them or someone they love. For example, domestic violence doesn’t always have to mean there is physical violence in the home. Domestic violence can take many forms, including verbal attacks, name-calling, putting financial constraints on one partner, etc. Other forms of violence can be equally and sometimes more traumatic as physical violence. The emotional injuries that these other types of violence leave can last longer than a physical injury. Often they result in negative beliefs about oneself that are carried around as burdens throughout life.

Second, it is important to start a conversation and know the questions to ask regarding whether someone is in a relationship (romantic or otherwise) that is violent. Bringing up specific observations and concerns, and asking whether another person is hurting the person in any way, is a good way to start. Victims and perpetrators of domestic violence aren’t always initially willing to talk about any violence that is going on. Remember that there is often a great deal of shame associated with domestic violence that may be a barrier to receiving help. Even if those questions aren’t answered, the message can be clear regarding the fact you care about the individual and want to help them when and if they want help in the future.

Third, it is vital to know the resources that are available to help someone who is in a domestic violence situation. There are numerous resources that can be extremely helpful to someone who either needs to get through such a situation or someone who needs to leave. The National Domestic Violence Hotline (1-800-799-7233) is one such resource.

Fourth, knowing that there is help available to both the victim and the perpetrator in a domestic violence situation can increase hope. As mentioned above, many times perpetrators have experienced being a victim of violence themselves. It is also not uncommon for victims to have also experienced some form of abuse or trauma prior to their current abusive relationship. A domestic violence situation by itself is very traumatic. There are specific techniques (I use eye movement desensitization and reprocessing, or EMDR) that can be utilized to address past and current trauma and beliefs that may be impacting current behaviors and beliefs associated with the abuse for the perpetrator, the victim, and anyone else who has witnessed or is impacted by violence.

The bottom line is that talking about domestic violence does not have to be negative, scary, or overwhelming. Growing awareness about the issue and, most of all, discussing what we can do about it creates safety and hope in addressing and changing one of the most dangerous issues that exists in our society.