Does Divorce Run in Families? 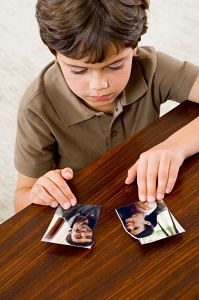 In a recent article, Rachel Keith, an education graduate student from the University of Kansas, concluded that divorce is not hereditary. In the article, published in the University Daily Kansan, Keith writes about how some children of divorced parents are gun-shy about getting married. Even though these adult children may not be consciously aware of how their parents’ split affects them, they may have unconscious reservations about walking down the aisle. Keith mentions that her boyfriend’s mother and her own, both divorcees, each recently got married for the second time. Keith writes that, like many people, her boyfriend did not have overt resentment about the divorce and was willing to give marriage a try. But she held on to tension and felt skeptical about marriage, as do many people whose parents divorced.

Psychologists Jeffrey Zimmerman and Elizabeth S. Thayer are co-authors of a book devoted to this topic. They explain that many children who experienced their parents’ divorce may have biased views of intimacy, commitment, and relationships in general. Because they were unable to control their parents’ marriage, they may feel an unrealistic need to control their own destiny, thus sabotaging their marriage before it takes place.

These childhood experiences can create permanent conceptions or temporary judgments. Regardless of the how they are perceived, Keith stresses that adult children of divorce should not be viewed as damaged or non-marriage material simply because their parents divorced. “Their parents’ relationship is broken,” Keith writes. “They aren’t.” In fact, many of these adults have learned what not to do and have benefited from the mistakes of their parents. The success of any intimate relationship between two partners is not based solely on events of the past, but also on how each partner responds to those events in the present.