Do Common Medications Cause Brain Damage in Seniors? 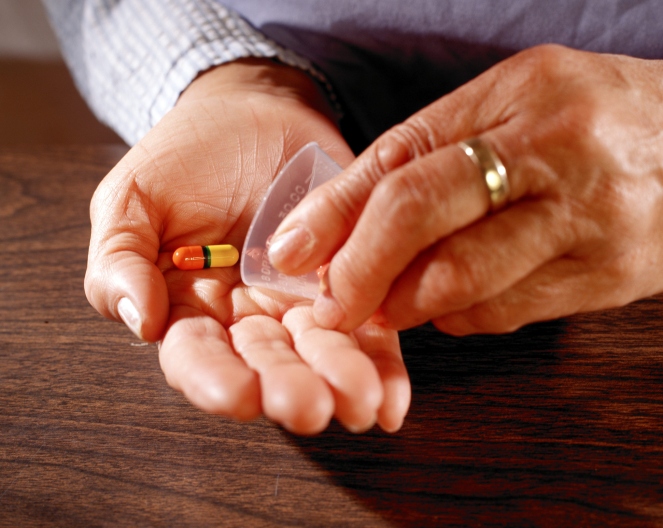 Some popular over-the-counter and prescription medications could increase the risk of cognitive impairments and dementia in seniors, according to a study published in JAMA Neurology.

Should Seniors Reconsider Some Common Medications?

Previous studies have found a link between the use of anticholinergic drugs and cognitive impairments. For example, a 2013 study found that continuously taking a strong anticholinergic for as few as 60 days could cause cognitive problems. Until now, scientists did not know what was behind this link. The new study examines the specific biochemical factors that undermine brain function in some seniors who use anticholinergic drugs.

To assess the effects of anticholinergics, the team analyzed 451 older adults who participated in either the Alzheimer’s Disease Neuroimaging Initiative or the Indiana Memory and Aging Study. Participants underwent tests of memory and other cognitive functioning as well as magnetic resonance imaging (MRI) scans to measure brain structure and positron emission tests (PET) to assess brain metabolism.

Sixty participants were continuously taking at least one drug with medium or high anticholinergic properties. That group performed more poorly on tests of short-term memory and on some tests of executive function than seniors who did not take anticholinergics.

Effects of Common Medications on the Brain

Brain scans revealed lower glucose metabolism levels in the brain, particularly in the hippocampus. Glucose metabolism is one way to measure brain activity, and the hippocampus plays a role in memory. Research has shown the early stages of Alzheimer’s affect functioning in this brain structure. Seniors who used anticholinergics also had less brain volume than those who did not use the drugs.