Distrust in Science Can Lead to Less Funding for Health Policies 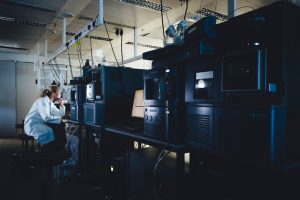 False beliefs or misconceptions about scientific research—such as the belief that vaccines are dangerous or ineffective, that the Zika virus is a conspiracy, or that attention-deficit hyperactivity (ADHD) is not a real mental health condition—can cause people to take serious risks with their health. According to new research published in the Journal of Experimental Psychology, factors such as political ideology may determine the extent to which people trust or distrust scientific research. The research also found social sciences such as psychology are more likely to be met with public distrust.

What Factors Predict Whether a Person Believes Scientific Research?

The study used three separate trials to evaluate people’s perceptions of scientific uncertainty, how uncertainty affects beliefs about science, and whether personal factors affect the degree to which people accept scientific research.

In one trial, participants ranked the degree to which various fields, such as psychology and biology, involve scientific uncertainty. They answered questions about the quality of evidence in each field, whether scientists adequately support their hypotheses, and the predictive value of research. Participants trusted psychology the least and forensic science the most.

To evaluate whether political ideologies affected belief in scientific research, a second trial manipulated details about a scientific story to express either more or less uncertainty. Republicans were more likely than Democrats to see little value in research that expressed a high degree of uncertainty. They were also less likely to support public funding for science that expressed more uncertainty.

A third study changed details about eight studies to see how beliefs about a scientific field correlated with assessments of individual studies. The results suggest people may assess individual studies differently than they assess whole fields of study. For example, participants often rated individual studies as reliable even in fields they did not trust, such as psychology. Ratings of reliability correlated instead with what the studies said about expert agreement. When there was disagreement among experts, participants saw the data as less reliable, while agreement among experts earned the data more favorable reliability ratings.

Uncertainty in Research May Affect Funding for Public Policies

These findings suggest the way a scientific story is presented may affect whether people believe it. Stories that portray climate change as the subject of ongoing scientific debate, for example, may spark more disbelief. Because scientific research plays a large role in funding and developing future public policies, the study’s authors suggest scientists focus more on communicating individual results to the public, as these are more likely to ease people’s misconceptions, rather than debating and defending the field of study itself.