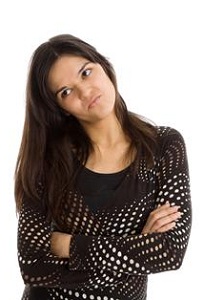 Increasingly, parents who come through my shop appear to be at a loss as to how to deal with teens who present with significant behavioral problems. They focus on self-esteem rather than principle, on process rather than outcome. Before I get into the meat of it, I want to be clear that what is contained in this article is a last resort and not a replacement for therapy. In order for one to determine whether any set of interventions is appropriate, the context must be thoroughly assessed.

Many parents of teens who present with behavioral issues that have a conduct disorder or oppositional defiance feel to them unwittingly and benevolently try to understand the problem through a process focused on logic, emotion, and self-esteem. This is a mistake, and one I suspect is the product of reading articles and getting advice that is not a match for their situation. I have had teens in my office disclose that they impose consequences on themselves for poor behavior because there is no other way to resolve the guilt associated with an act considered immoral within their family structure.

Sometimes—and I stress the word sometimes—it is wholly ineffective to focus on mutual understanding, respect, and resolution. I say this because “sometimes” the foundation needed for each of these is not present. In order to elicit understanding, clarity is required. In order to gain respect, some level of fear is necessary. Resolution sometimes means obedience. If, after careful and thorough assessment, a clinician determines that these fundamentals are not in place, then these strategies may be appropriate:

Sometimes parents have done everything to try to understand their teen’s behavior. They’ve tried to talk to their teens using strategies gathered from various self-help books and online articles, yet none work for them. The reason it may not work is because any change challenges the current power structure. The teen knows what is effective and not effective in getting what he or she wants. In this instance, I take traditional family therapy off the table and begin to discuss with parents the importance of clarity and decisiveness. The work should produce a clear protocol containing consequences that rise in intensity in proportion to the behavior exhibited. In the initial phases, understanding is as important as compliance. Understanding has not, by itself, been effective.

In some situations, I inform teens that they will need to earn their influence in the process—that the changes agreed to early on are top-down. If the teen wants to have a voice in shaping the process, he or she will need to earn it. How it is earned is a therapeutically guided process heavily weighted by parental influence. My work with the teen involves accepting the changes, cognitive behavioral interventions that can assist in understanding the logic behind the change and its emotional impact. This usually involves several cost-benefit analyses to bucking the system, and behavioral exercises aimed at the reducing emotional distress associated with the changes.

Sometimes a teen may decide he or she will not come to an initial session, or drop out altogether as conditions are found unacceptable. It is important in such instances that parents communicate that the work and change process will not stop because of the teen’s nonattendance. The teen dropping out simply means he or she has given up any claim in shaping the process. It is critical that parents obtain extra support with following through on consequences. Phone coaching should be available.

Come from a place of respect

I avoid using “should” with teens but do not soften the emotional impact of their behaviors or their natural external consequences. I tap heavily into their logic and self-interest in gaining buy-in to change taking place. Respect also is at play for both parent and teen when it comes to resolving conflict, which brings me to my next point.

Power struggles are not evidence of power

I spend a good deal of time with parents on avoiding power struggles and working toward a dispassionate implementation of consequences. The behaviors and consequences are discussed with the teen up front. Revisiting these again during a time of potential conflict is redundant and can escalate a situation. The objective here is to alleviate parental emotional distress involved with pushing behavior change and to depersonalize consequences for the teen. That is not to say that questions around rule interpretations and misunderstandings are not allowable; they are encouraged, as long as the discussion is not about a parent’s ability to make the decision or the teen’s compliance with the decision.

The clinician should spend time helping the teen understand that parents make mistakes, and that in most cases they are allowed to make them. The only effective avenue a teen should have in correcting a perceived error is by way of reasoned argument. Whether the argument has any impact is up to the parent. Most of us do not have the ability to make things go our way all the time, even though we think we are in the right. This is not just a lesson for adults, but for adolescents as well. This is not to say that parents should dismiss a teen’s feedback, only that there are ground rules as to what type of feedback is acceptable.

This trap usually leads to a power struggle. I make it clear to parents and teens that if a teen finds a rule unreasonable at the time of the consequence, that consequence should still be applied. Discussions regarding changes to rules should occur with a future orientation. In other words, negotiation is not to be used as a strategy to get out of a consequence. If threats follow, then parents are encouraged to follow the blueprint of escalating consequences agreed upon in session, which may include calling the authorities.

Encourage negotiation during times of calm

Parents are encouraged to be open to feedback from a teen who demonstrates consideration to the behavioral plan in place. Reasons for rule changes should be logical—that is, refusals or awards should not come from sympathy or a desire to “teach them a lesson.” If the teen makes sense, acknowledge this and incorporate the request into the plan. Parents should make a strong effort to ensure that they are not using black-and-white thinking during this process. Just because components of a teen’s request may not be acceptable does not mean the whole request or need behind it is.

Many parents feel a great deal of guilt as intensity of consequences escalates in response to testing of the new boundaries and ground rules. With parents, I focus on historical evidence against reverting back. (“Did it work then?”) I also discuss the potential consequences for the teen if he or she enters later stages of adolescence and adulthood without having resolved the behavioral issues at play. Guilt can be effective, but it can also be self-serving, so I ask parents to focus on whose interest they are serving when they back away from the plan in response to guilt. This becomes a frequent topic in sessions, and it is important for clinicians to remain objective so that parents can do the same when making decisions on whether the plan is effective or counterproductive.

A strong word of caution: Many times, defiance is a product of an underlying mood disorder or environmental stressors. Clinicians and parents should spend a great deal of time understanding where the behavior is coming from prior to taking this approach. As behavior improves, the work can shift to more traditional forms of family and individual therapy. If this transition does not occur and there is an underlying basis to the behavioral issues, relapse into maladaptive patterns of behavior may be more likely.