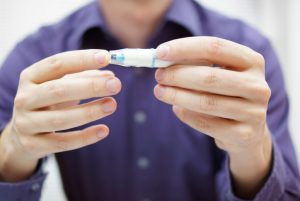 Depression—accompanied by other risk factors—may increase the risk of type 2 diabetes, according to a study published in Molecular Psychiatry.

Research cited in the study indicates diabetes increased by 45% worldwide between 1990 and 2013. According to the American Diabetes Association, diabetes was the seventh-leading cause of death in 2010, claiming the lives of 69,071 people and contributing to the deaths of 234,051. More than a quarter of those with diabetes do not know they have the condition. Complications of type 2 diabetes, particularly if left untreated, include blindness, stroke, kidney disease, cardiovascular disease, and limb amputations, among other health issues.

The Link Between Depression and Diabetes

Does Depression Cause Diabetes?

The study’s authors also point to evidence that some types of depression are the product of metabolic changes. For example, weight gain around the waist could signal a body chemistry change that increases the risk of both depression and diabetes.