Dealing with Bullies: The Support Your LGBTQ+ Child Needs 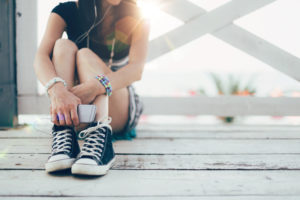 Even with all of the advances that have been made, lesbian, gay, bisexual, transgender, and queer (LGBTQ) children and teenagers still experience high rates of bullying and discrimination. Families I work with often want to know how they can help their children grow up into proud, successful, and confident adults. In fact, parents are the first line of defense in helping a child survive bullying.

The U.S. Department of Health and Human Services defines bullying as “a form of unwanted, aggressive behavior among school-age children that involves a real or perceived power imbalance and that is repeated, or has the potential to be repeated over time.” Research shows that LGBTQ+ youth are at a higher risk for experiencing bullying (U.S. Department of Health and Human Services). LGBTQ+ children and teens are minorities in a society that is organized around heterosexual relationships, which creates an imbalance of power. Some people have access to societal support and benefits that others are denied.

People often think of homophobia (or transphobia) as physical or verbal violence against LGBTQ+ individuals; however, that violence can take many forms. And because homophobia is often directed at someone because that person looks gay rather than because the person is gay, it can be experienced by anyone whose appearance challenges traditional expressions of masculinity and femininity. Trans youth may experience homophobia or transphobia. Transphobia describes an intense dislike, hatred, or fear of transgender people.

Bullying is not an individual problem, but rather a societal problem. I’ve often spoken with families who are upset their child is gay or transgender because of the abuse they might face. They feel if their child could change, not attract attention, or at least wait until they’ve graduated from school, then they would be safe from bullies, homophobia, and transphobia. This comes from a place of love and concern, but it places the blame on the victim. My response is to redirect that anger and disappointment to the school system and a society that is homophobic and transphobic. It is never the child’s fault when they are bullied or experience discrimination. The big-picture solution lies in activism toward full acceptance of the wide range of gender and sexual diversity that exists. But how do we help kids who are experiencing bullying right now?

Not every child has the same reaction to being bullied. Some are more able to overcome and bounce back from these experiences. Researchers define this as resilience, and parents or caregivers can play a key role in helping children build resilience (Steiglitz, 2010). In a study of transgender youth, Stieglitz found that social support from family and friends played a major factor in youth resilience. This included emotional support and acceptance and ongoing support of housing, food, clothing, and education. This support was found to be a protective factor for transgender youth in the study.

This is meaningful information for parents. Family acceptance can lead struggling youth to self-acceptance. Providing support and acceptance of your child is, in and of itself, a protective factor to help your child combat bullying or discrimination.

Parents and caregivers can also connect LGBTQ+ youth to role models and community. LGBTQ+ youth often grow up without any mirrors. They don’t see people like themselves. This is especially true for transgender youth. The amount of time a teenager spends online can sometimes seem excessive, but I’ve found this time is often spent connecting to other people like themselves through social media. These connections are a good start and can reduce feelings of isolation, but helping youth connect in person to others like themselves is even better. Helping youth connect with other youth and identifying role models in your community may provide a vision for what their future could hold. Look for your local Parents, Friends and Family of Lesbians and Gays (PFLAG) group or LGBTQ youth group, or support your child in getting involved in the gay/straight alliance at school.

Eliminating bullying is a long-term project, but helping children and teens build resilience to be able to feel good about themselves even if they do experience bullying can happen right now. Providing a safe family where they are accepted and supported provides a protective factor that sticks with them as they go out and into the world.