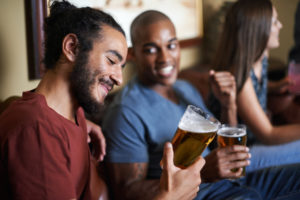 A country’s cultural values may affect the willingness of citizens to consume alcohol, according to a study published in Frontiers in Psychology. Researchers found that people from societies that value autonomy and harmony are more likely to consume alcohol. This could affect their risk of developing an alcohol addiction.

The study used online data to assess cultural values from 74 different nations. Researchers also gathered data on alcohol consumption from each country. From there, they performed a ridge regression analysis and calculated partial correlations.

One of the study’s authors, Dr. Richard Inman, suggests that international public health organizations “should prioritize tackling alcohol consumption in countries that are more autonomous and less traditional.” Further research may study how cultural values correspond with smoking and drug use.