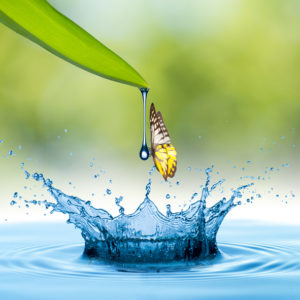 These days we’re in the middle of a storm of violence from which there seems to be no escape. Many people feel angry and afraid; I know I do whenever I listen to the news, so I try to get the facts, and then I shut it off to avoid the endless repetitions which only make me feel worse.

It’s nothing new. The world has experienced vicious times since pre-history. Patanjali, a famous yoga philosopher who lived thousands of years ago, wrote about keeping the peace, about ahimsa, or nonviolence. His words have direct application today.

I can’t do much about the world at large, but I’m not powerless. Like charity, nonviolence begins at home. Our little world of friends, relatives, acquaintances, and even strangers we bump into on the street can be pretty fierce, too. Families can be the worst!

Which makes me think about my cousin Henry. His name isn’t really Henry. In fact, Henry isn’t even my cousin, but everything else is true. Henry is notoriously belligerent and gets into fights all the time. One time, Henry and his family were going to Mexico. He was so nasty to border police that he wasn’t allowed into the country, so there was no vacation for them after all.

Once or twice a year, Henry and I meet up at a big family dinner. I usually try not to sit next to him, but last month I had no choice. Henry and I sat right next to each other, and he went out of his way to make just the kind of nasty, bigoted remarks he knows drive me crazy. He is an expert at pushing my buttons; he’s been doing it for years. And I’ve been fighting back for years. But I’m starting to wise up. This time I chose not to respond because he was looking for a fight and I was not. I mostly succeeded, even though my anger can be an issue. I kept my feelings to myself and cooled off after a while.

I know what happens when I let go and lose my temper. And I know just how awful I feel afterward. So I try to keep my temper and practice ahimsa, nonviolence, even with Henry. He’s a really good teacher. I know if I stay peaceful I’ll feel better toward Henry and toward myself, too. I try to remember to turn off my internal “news program”—the one about what Henry said and what I wanted to say back. I focus on breathing peace instead.

Ahimsa is like the physician’s pledge, “First, do no harm.” Don’t make things worse. Don’t react thoughtlessly or by reflex. Measure the reality presented to you as accurately as you can, and then reflect on it rather than reacting thoughtlessly.

Of course, I can’t claim not to have been annoyed, so I was not nonviolent in the strictest sense. I was steamed up, but I was going in the nonviolent direction. If I were truly nonviolent, I would not have been riled up by what Henry said. In, fact, if I were deeply and completely nonviolent and surrounded myself with the aura of peace, Henry might not have been annoying at all. Maybe he would have been peaceful, too. Who knows? Peace begets peace, after all, just like violence begets violence.

Hindu mythology states when the saints lived in the forest and practiced ahimsa, the wild animals would kill only when they were hungry, and the cows and the lions drank water side by side. They were doing better than Henry and me, but we’re getting there. Each time I choose ahimsa, there is one less violent encounter. And Henry and I get to sit at the same dinner table in peace.

Ahimsa is like the physician’s pledge, “First, do no harm.” Don’t make things worse. Don’t react thoughtlessly or by reflex. Measure the reality presented to you as accurately as you can, and then reflect on it rather than reacting thoughtlessly.

So let’s think about Henry.

Why is Henry always picking fights? He experienced awful violence in his youth, which has left an indelible mark on his feelings about the world. He sees the world as intrinsically violent and dangerous. When I remember where he came from and I remember he’s afraid, I get less irritated. His anger is his way to protect himself. It’s faulty, of course, and he makes a lot of people angry with him. If I also get angry, I add to his burden, as well as my own. It’s tough to practice ahimsa, but tougher still to live in a world like Henry’s.

Patanjali addresses nonviolence in Sutra II 35, where it is written “ahimsa pratisthayam tat samnidhau vaira tyagah”—or, in English, “In the presence of one firmly established in nonviolence, all hostilities cease.” Even for me and Henry.