Could Infections, Bacteria Be Factors in Alzheimer’s Risk? 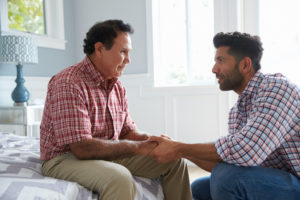 Bacterial Changes in Brains with Alzheimer’s

Researchers do not know what causes neuroinflammation. It is possible that several factors are at play. Genetic risk factors for the disease might alter the brain’s inflammatory response. Infections can also cause inflammation, suggesting bacteria might play a role in Alzheimer’s.

Researchers sought a full analysis of the bacterial content of the donated brains. Using a technique called next generation sequencing (NGS), which detects specific bacterial genes, they sequenced millions of DNA molecules and produced a comprehensive overview of each brain’s bacterial contents.

Link Between Infections and Alzheimer’s

Other research supports the conclusion that infections may play a role in Alzheimer’s-related neuroinflammation. A study of mice found the amyloid plaques characteristic of Alzheimer’s and the biofilm produced by some gut bacteria may elicit an identical immune response. This offers another explanation for the chronic inflammation seen in most Alzheimer’s brains.

A 2016 editorial published in the Journal of Alzheimer’s Disease calls for more investigation into potential infectious causes of Alzheimer’s. The editorial points to more than 100 studies finding a link between the herpes virus HSV1 and Alzheimer’s.

Several studies suggest people with Alzheimer’s may also be more likely to have fungal infections.