Connecting with Teens: How to Stay Close While Still Giving Kids Their Space 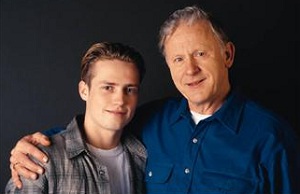 Teenagers are notoriously difficult to get along with. That darling child who once worshiped you may now struggle to remain in the same room with you. But what is often neglected in parental cries about the difficulty of teenagers is that parents of teens can be just as difficult as the teens themselves! The way parents react to teenagers’ tendency to pull away, keep secrets, and prioritize friends can create even deeper schisms in the relationship. It doesn’t have to be this way. In most neighborhoods, there’s one mom or dad who all the teens flock to for advice and friendship and whose children find cool and helpful rather than embarrassing and lame. If you channel the secrets of these parents, you can cultivate a warm, loving relationship with even the surliest teenager.

Respect Your Teen’s Choices
Conflicts between teens and their parents often begin with choices that, in the grand scheme of things, truly don’t matter – green hair, music you don’t like or don’t understand, an obsession with videogames, and other changes in your teen’s personality. But if you try to really understand these choices, you may end up with a closer relationship with your teen. Even if you can’t or won’t understand why your teen loves her green hair and loud music, though, back off of criticizing her for her tastes. Save the parental authority for things that really matter, such as grades.

Similarly, if your teen has adopted new political views, treat this as an opportunity for greater understanding. Teenagers love feeling like they know more than their parents, and asking your teenager to explain her ideas gives her just such an opportunity. But even better, it fosters real communication and allows you a chance to listen to and understand what’s going on in your child’s mind.

Manage Time Wisely
The desire to spend time with friends—and avoid parents at all costs—is an important part of adolescent development that allows your child to differentiate herself from you. So rather than spending time together by taking time away from her friends, take advantage of the time you already have. Rides to school and soccer practice, trips to the dentist’s office, and long waits for meetings all provide you with an opportunity to talk to your teen. Because your child can’t leave and because she’s bored, she’s much more likely to engage with you and less likely to resent your attempts at conversation.

Use Conversation Starters That Matter
Teenagers frequently feel that their parents don’t understand them and don’t listen. And unfortunately, they’re often right. The generational divide, in conjunction with parents’ fears about their children’s safety, can greatly inhibit communication. Sometimes parents are at a complete loss for what to say to their kids. Conversation starters that allow your child to talk about herself – which everyone loves to do – and that foster greater understanding are ideal. Some things to consider asking your teen:
•    What do you like about this song? Can you tell me more about the artist?
•    If you could change one thing about our relationship, what would it be?
•    What’s the hardest thing about high school?
•    What wisdom do you wish you could pass on to younger siblings?
•    Do you ever wonder what I was like as a teenager? I’ll give you a free pass right now to ask me anything, and I’ll be completely  honest.
•    What’s going on with your friends these days?

Befriend the Friends
Perhaps the greatest secret of “popular” moms and dads is that they befriend their children’s friends. It’s easy to feel resentful of these strange creatures who are taking your child away from you, but the truth is that they’re also the key to a healthy relationship. Get to know your kid’s friends and take an interest in their lives. If your child’s friends think you’re cool, odds are very good that your child will too!