Connecting with and Thanking the Animal Spirits 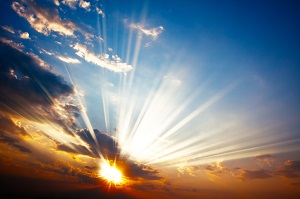 Disclaimer: If you are strongly opposed to the killing of animals for the purpose of food or may be turned off to discussion about spiritual or religious traditions that include offering animals to the spirits/divinities, read no further. This article is sure to enrage you at worst and irritate you at best.

Now let’s get down to business. As a starting point, I’ll present a quote from William Kent Krueger’s latest book in a series about a law enforcement officer in a town in the Minnesota wilds named Corcoran (Cork) who’s part Native American. He has a close connection with a local shaman named Sam who taught him to “hunt in the old way”:

“The next fall, he and Sam hunted white-tail deer. It was challenging in a way that rifle hunting with his father had never been. To kill a deer required that he be almost close enough to hear it breathing. It was a shockingly intimate experience, and after he’d brought down his first buck, he understood why it was necessary for his own spirit that he sing to the spirit of the animal he’d killed, that he explain the violence and promise the beautiful creature that his body would feed The People and they would be grateful.” —Trickster’s Point (p. 60, Atria Books, New York, 2012)

Most people who eat meat of any sort or fish rarely think about the animal or creature it once was. They may say a prayer at mealtime, but that’s usually about giving thanks for the food.

Part of the Native American tradition includes offering animals to the spirits. It is also part of the Yoruba tradition; deities are “fed” on a regular basis. It does not always involve a blood sacrifice, but sometimes it does. The premise is that what Orisa and Egun want, they get.

I can identify with Cork’s awareness of the true meaning of the killing. I wasn’t always so closely connected to similar sacrifices in my own Yoruba faith, though I never had a problem with it. For me, it was always about doing what I was expected to do.

That changed for me when my 5-month-old Irish setter puppy was hit by a speeding van up the road from my house. In truth, he saved my life (and in that way, he was an offering). He was still alive, and the men who hit him were responsible enough to drive me to the vet in town. Holding him in my arms on the way there, connecting to a spirit that was in so much pain, and knowing it very easily could have been me who was being rushed to medical care touched me in a way that still brings tears to my eyes. In those moments, he and I were one. He didn’t survive, and I grieved the loss of him long afterward.

Since that time, whenever I am called upon to offer a live creature to Orisa or the ancestors, part of the process is to make sure I am fully present and to thank the animal for offering his life on my behalf. In this way, I am always deeply moved by the sacrificial act—and grateful.

In this season of Easter, it may help to think of the crucifixion of Jesus as a human offering (which was more common in those days). Perhaps Jesus’ death was required in the same way other religions make their offerings. We can be grateful to him even if we are not Catholic (or Christian) because when one sentient being is offered, us who survive are the beneficiaries of that sacrifice.