Destiny and Free Will: Shaping Character and Purpose 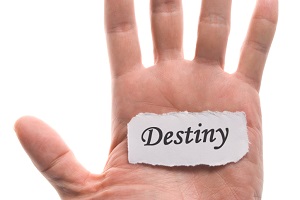 I was inspired to write about this after a conversation with someone in my building about personal choice. We were discussing a former tenant who was now homeless and living on the street as a result of his choices, including refusing to go to a shelter even temporarily. I empathize with his fear and anger toward a system that often is dehumanizing, frustrating, and ineffective.

We agreed that he had mental issues, although we disagreed on the degree. She seemed to believe he was capable of making the choices he was making; I suspected he was not able to fully explore his options and make wise choices. I also said he was where he was supposed to be at this time and was simply fulfilling his destiny. She totally disagreed.

Practitioners of the Yoruba faith believe we choose our destiny in collaboration with Olodumare, our name for God, and then promptly forget our choices the moment we are born. Everything we do and that happens to us subsequently is part of that destiny. Within that destiny is the opportunity for free will in that we make our own, specific decisions about any number of things, but the path is not ours to create anew but to fulfill. Our purpose in this world is to develop “Iwa Pele,” or good character, and we either honor that goal or don’t.

Now, I expect that there are as many opinions about this topic as there were about God’s unconditional love. My fellow tenant thought my belief was ridiculous. I’m sure some of you will agree.

Be that as it may, my belief is difficult to live with at times. Specifically, when things don’t seem to be going well (e.g., my practice has fallen off in terms of numbers, or I am questioning my choices around this or that), I may say, “What was I thinking when I chose this? What was Olodumare thinking when he chose this with/for me?”

That question leads me to look for the lesson in everything that happens. That’s difficult when I feel confused or lost. It’s also difficult to trust that I will have clarity at some point but need to be patient and remain in the question. It can also be frightening, and can trigger the fear of losing what I have.

I’m not saying I remain passive in these times of uncertainty and doubt. I try things out and sadly accept when they don’t succeed in the way I envisioned (that’s where the notion of free will comes in). But I do become discouraged and even demoralized. Ultimately, I do my best to “turn it over,” as they say in 12-step programs, and try to be patient. That’s not easy, either. As human beings, we have a strong desire to “know.” We also tend to worry a lot.

What also helps, and I have the advantage of having lived a few years, is to look back at all those experiences I thought were total failures or major disappointments from which, at the time, I didn’t think I could ever move on. I look upon those false starts and painful experiences as part of the path that Olodumare and I chose. Sometimes I can figure out the lesson or the meaning. Other times, I’m just glad I survived.

At the moment, I’m in one of those confused states. And I do worry, even though I know intellectually that worrying is one of the least satisfying and least productive ways to spend my time. But when all is said and done, I take several deep breaths and say to myself, “It will be revealed.”