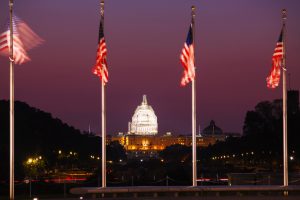 Congress is considering a bill that would support the expansion of a basic mental health course designed for training members of the general public to recognize and act upon signs of declining mental health in others. The bill, known as the Mental Health First Aid Act, includes an eight-hour training program and is designed to provide people with the information needed to effectively communicate with friends, relatives, and other community members who may be experiencing mental health issues.

Proponents of the legislation say the goal of the program is to establish a safety net for at-risk people, such as first responders, who may not seek help on their own. The hope is for mental health first aid to become as common as CPR. Accordingly, first responders are targeted to take part in the program, as they are often called to assist in mental health crisis situations but are generally not trained to deal with them by default.

However, the bill has met resistance from advocacy groups representing people with severe mental health conditions. They believe this program could be harmful to their demographic because it will reduce the funding available to other proposals that would address more serious issues (including a lack of accessibility to professionals) that require a higher level of care. While the course could have some preventative value, the main concern is that passing the legislation could have a “Band-Aid effect” by focusing on those with mild to moderate conditions and drawing attention away from the plight of those with severe mental health conditions who are unable to access necessary professional services.

Trying to Have a Baby? Stress Has Drastic Effects On Conception Chances, Study Says

A new study says stress can greatly decrease the odds of a woman becoming pregnant. Trying to successfully conceive can already be a stressful experience, and more than 20% of couples are unable to do so in the first year of trying. Researchers studied 400 sexually active women and found their daily stress levels were inversely associated with the likelihood of conception. Women who reported feeling more stressed than the average female experienced a 45% reduction in their chances of becoming pregnant.

Walking during work meetings has more benefits than previously expected, according to new research. Multiple physical and mental health benefits are associated with regular walking, but the new research suggests productivity and idea generation are also improved when the physical activity happens in the workplace or during work hours. The more people who participated in this type of moderate physical activity at work, the less likely they were to not come to work for health-related reasons. The approach may not be applicable for large team meetings, as it is recommended that the walk-and-talk is restricted to two or three people at a time.

Emotionally Invested Parents Give Children a Leg Up in Life

A study of 27 children found strong emotional bonds between child and mother were linked to better performance in a variety of cognitive processes. Previous research has recognized the importance of the mother-child bonding process as it relates to overall psychological development. Improvements were specifically observed in temptation resistance, memory formation, and levels of shyness.

Stereotypes Skew Our Predictions of Others’ Pains, Pleasures

The ability to predict the emotional responses of other people may be subject to a stereotype bias that impairs accuracy, according to a new study published in the journal Psychological Science. The bias appears to be activated when gaining information about a group to which a person belongs (race, sports team, political party, etc.). Researchers say this means more knowledge about a person can make it harder to predict their experiences due to most people’s reliance on stereotypes.

Researchers have discovered regularly taking and sharing photographs of yourself (selfies) can have a positive impact on emotional affect. This increase in happiness was also observed when subjects were instead instructed to take pictures of things that made them happy or something that would make another person happy. However, different reasons for the improvement in mood were reported between different groups. Those who took selfies reported more confidence in their appearance, those who took photos of objects they liked reported increased appreciation, and those who photographed objects they believed someone else would like reported greater connection to friends and family.

Tricare Makes It Easier to Get Mental Health Services

The U.S. Department of Defense is making changes to mental health coverage under Tricare in an effort to make it more accessible to service members. The coverage will be expanded and several limits will be eliminated, including those currently placed on inpatient mental health services, psychotherapy, and family counseling. Increases are also being made in the availability of substance abuse and addiction services. These modifications bring Tricare’s coverage in line with the Patient Protection and Affordable Care Act and the Mental Health Parity and Addiction Equity Act. The changes will go into effect October 3.