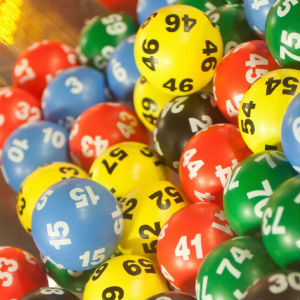 Money is the way we earn and purchase the things we need to survive. In a market economy such as the United States, we cannot survive without it. It’s so important that many of us believe that one can never have too much. But too much money can, in fact, wreck lives. Massive amounts of wealth, unearned or received suddenly as in an inheritance or lottery, can steal personal freedoms, create deep relationship conflicts, and lead to a chronic personal despair.

While most of us believe that we would love to have the chance to fight against those secondary effects of sudden wealth, even those of us with foresight could be caught off guard by a sudden massive cash windfall.

“The rich are different from you and me.” These are the words of the narrator in F. Scott Fitzgerald’s 1925 novel, The Great Gatsby. In this story, a writer on Long Island spends a summer season next door to a man wealthy enough to not work, who entertains lavishly and constantly, and who appears to collects cars, art, and women companions. While his lifestyle appears enviable, we observe throughout the story that he and his similarly situated friends are people adrift, with no compelling personal purpose or life focus but to eat, drink, and be merry. All that merriment is alcohol-fueled, and there is only so much lobster one can eat and only so many intense sexual flirtations that marriages can withstand. Lives fall apart.

I live in an area of the country where similar issues have come to a generation of young Native Americans whose small tribe owns a hugely successful casino complex. How do you live a happy life when all the cultural tools, such as education, community support, and employment, are unnecessary to live? How do you have positive relationships with people who can’t build a mansion at 18 years old, drive several sports cars, or travel, entertain, or buy anything desired? Do you bother to finish high school, or even see college as important? Once you have all your toys, then what? What do you do with your life?

Most of us play these state or national games of chance at one time or another, hoping like everyone else to win a million or tens of millions, retire from our jobs, or build our dream home. I’m glad these games fund common projects such as state parks and education because all of us, except extremely rare winners, will never see more than a few dollars from our lottery tickets.

But if you should be one of those rare winners, I hope someone will tell you that many lottery winners over the years lose their wealth. Many people, unprepared for such a windfall, spend down and give away what remains after taxes. And there are a lot of taxes.

Winners in those states that make you reveal your identity to receive your check are overwhelmed by requests from every corner of their lives for gifts, contributions, or loans. Their private lives aren’t private anymore, and their relationships with many people, including their family, are suddenly and drastically changed. Many struggle with keeping a job once everyone around them knows they don’t need it. All the aspects of life that for years were critical to their identity—work, education, home, friendships—are up for grabs. Will you be the same person you were before the win? If you will be, how will you live your same life? If you won’t be, how will you shape a new way of living?

When it comes to sudden, unearned wealth in our culture, the phrase that comes to my mind is “be careful what you wish for.” While we need money to live, and more of it to live better, there is a point at which more money starts to create more serious problems. It’s true: one can have too much of a good thing. Just ask Jay Gatsby.