A Close Look at Clinical Depression 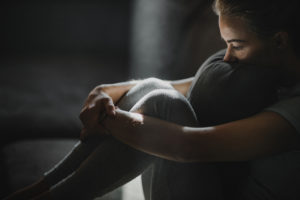 Depression is one of the most common psychiatric disorders. It presents a huge burden to our society when you consider its occupational, developmental, familial, educational, medical, and societal costs.

The first universal measure of mental disorder and screening scales for depression occurred in the 1950’s. Later, surveys and structured diagnostic interviews were developed. Since 1981, researchers have continued to collect data and improve evaluative tools for depression.

However, even though assessments are useful, they are still inadequate to provide complete information as to a person’s mental state. The highest rates of depression are in the 18-29 age group and adolescent females (1.5-threefold higher than males) as compared to individuals 60 and over.

Yet, Major Depressive Disorder (MDD) may happen any time during a person’s lifespan. However, it is most predominant after puberty, with the peak of occurrence between 20-30 years old.

Times to recover are stable over the life span, however suicide attempts lessen after middle age, yet suicide completion does not. Physical symptoms are most likely to make up the predominant complaint, as insomnia and loss of energy are consistently reported as the primary symptoms across all cultures.

A diagnosis of clinical depression requires evidence of five or more symptoms during a 2-week period that marks a change from previous behavior. One of these symptoms must be a depressed mood or lost interest or pleasure. The other four symptoms for this diagnosis can be any of the following:

In addition, these symptoms must cause significant distress or impairment in important areas of functioning and cannot be explained by substance abuse or medications.

There is a wide range in how people experience MDD. Some may have frequent reoccurring depression while others might never have a re-occurring episode. Four out of five people with MDD take almost a year to experience recovering symptoms while two out of five begin recovering in a few months.

Four out of five people with MDD take almost a year to experience recovering symptoms while two out of five begin recovering in a few months. As the length of remission increases, so does the likelihood of a full recovery. Comorbid symptoms, psychotic features, prominent anxiety, personality disorders, and severity often determine the expected recovery rate.

Many people who at first appear to be depressed may in fact be bipolar. This occurrence is more likely with individuals who experience an onset in adolescence or those with a family history of bipolar. The presence of the “mixed features” specifier with MDD also increases the risk for future concurrent manic or a hypomanic diagnosis.

Hypersomnia, hyperphagia, and personality disturbances are more likely to occur in conjunction with MDD in younger individuals that have familial patterns of depression.

An inclination toward anxiousness is a risk factor for the onset of depression. So are negative childhood experiences. An accumulation of derogatory experiences of diverse types, stressful life events, and other environmental causes also increase the probability of experiencing MDD.

People with first degree family members (parents, siblings) with major depressive disorder have a risk twice to four times that of the general population for developing MDD. Heritability appears to be at 40% and the personality trait of neuroticism is the general contributor.

Chronic or disabling medical conditions also increase risks for MDD. These include diabetes, morbid obesity, and cardiovascular diseases, as they trigger depressive episodes that could potentially become chronic.

The most common conditions that increase the risk of MDD are borderline personality disorder, substance use, and anxiety.

Depression has been strongly associated with low activity of neurotransmitter chemicals such as norepinephrine and serotonin. In the 1950’s researchers discovered that reserpine and other medications for high blood pressure often caused depression. They found that these medications decreased serotonin and norepinephrine. New research appears to show a complex interaction between serotonin, norepinephrine, dopamine, and acetylcholine. Particularly with serotonin as it may directly control other neurotransmitters.

Unusually high levels of cortisol also show to be problematic for individuals with depression as this hormone is released by the endocrine system in times of high stress. Several studies have also shown less blood flow and activity in the frontal cortex of the brain. This research implicates a series of areas that all are all involved with a depressive disorder such as the: the hippocampus, amygdala, and the Brodmann Area 25.

There is a wide range of psychological treatment perspectives regarding depression. Object Relations therapists suggest that depression occurs when a person’s relationships cause them to feel unsafe and insecure. Psychodynamic therapists postulate that a major loss causes depression, and studies seem to support this view. Behaviorists believe that depression results from an imbalance of rewards and punishments. Cognitive theorists believe that depressed individuals have altered perceptions and that they experience less social rewards, therefore they report events in a more negative fashion.

A depressed person tends to focus on facts that align with their world view (selective abstraction), as they are stuck on gloomy projections about the future, expecting present difficulties to follow them throughout their entire life. This negative expectation is so compelling that even if success is experienced; failure is expected the next time. The cognitions/emotions of depressed individuals seem to revolve around a perceived irreversible loss and the feelings that follow.

Socio-cultural theorists believe that outside social factors influence depression along with gender, race, and economic status. Positive psychologists have linked the absence of gratitude to depression, and their studies have shown that interventions consisting of daily gratitude routines positively change mood and affect.

Research shows mindfulness and relaxation techniques are helpful in the treatment of depression. Likewise, Brigham (1996) shows the therapeutic significance of CBT techniques and interventions such as laughter, noncompetitive play, high-level awareness, expressive therapies, therapeutic touch, and the applications of imagery for getting well. Family and group therapy to improve social skills and a sense of belonging and purpose can be effective in helping combat feelings of worthlessness.

Studies show that in cases of more severe depression there are advantages of medications over placebo drugs. Antidepressants don’t have the risk associated with benzodiazepines and the risk of developing dependence. The new antidepressants such as the SSRI’s, SNRI’s, bupropion, and mirtazapine are relatively safe to use when compared to the older tricyclic, TCAs, and monoamine oxidase inhibitors (MAOIs).

The Importance of a Holistic Treatment Approach

A holistic and integrative approach to treating depression seems prudent. It is essential that a depressed client be considered not only through appropriate or available pharmaceutical treatments, but also within the full context of their family, larger systems, psychological, cultural, and environmental influences in order to properly and successfully provide treatment. To do otherwise might result in practicing within a limited scope, which in turn might restrict patient outcomes and influence possible recovery and remission of symptoms.

If you or a loved one are struggling with feelings of worthlessness, emptiness, or depression, consider connecting with a licensed therapist for help.