Close Community Connections May Be Risk Factor for Suicide 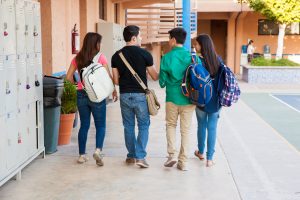 Suicide clusters—multiple deaths by suicide in close proximity or succession—can occur in large communities and small, on school campuses and in the workplace. When they do happen, mental health experts try to pinpoint which elements played a role and how one fatality may have led to additional loss of life.

Suicide Clusters in a Homogenous Community

By examining a homogenous community where four suicide clusters occurred in 15 years, a pair of researchers from the University of Memphis and the University of Chicago have noted in their findings that a high level of social connectedness can be a mitigating factor in such environments.

The community involved in the research was not named in the study due to potential confidentiality concerns. In all, 19 young people in the community died by suicide between 2000 and 2015. Researchers conducted interviews and focus groups with 110 residents to better understand any patterns.

Researchers saw high expectations commonly applied to students in the community, which was largely suburban with upper-middle-class residents. They noted a heavy pressure to succeed, both academically and athletically. The authors also added the town’s close-knit social networks facilitated faster spreading of information, while furthering the visibility of an individual’s actions.

The study’s authors noted the contradictory nature of how social connectedness was shown to play a negative role in their research. Typically, greater social connectivity is associated with helping reduce the risk of suicide.

In 2011, the Centers for Disease Control and Prevention began actively promoting stronger social connectedness as a strategy to help prevent suicide, citing supportive relationships as a buffer for any effects of suicide risk factors in someone’s life.

Recommendations in the community study include developing suicide prevention strategies that address the potential downside of high social connectedness, along with efforts to give young people the tools and perspective needed for dealing with perceived failures.