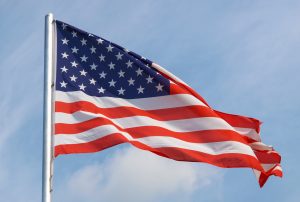 Democratic presidential nominee Hillary Clinton released a package of proposed mental health reforms on Monday. The reforms include the integration of mental and physical health, with the hope of encouraging Americans to cease viewing the two separately and become able to access the same quality of care for both physical and mental health issues. Clinton’s program would expand Medicare and Medicaid reimbursement of mental health care as well as create a cross-government suicide prevention initiative with the surgeon general.

The Clinton campaign also proposed a funding increase for behavioral science research and training for members of law enforcement on dealing with people who experience mental health issues. A proposed initiative between the Department of Housing and Urban Development (HUD) and the Department of Health and Human Services would increase community housing accessibility for those with a mental health diagnosis.

Depression Treatment Often Doesn’t Go to Those Most in Need

According to Medical Expenditure Panel Surveys that looked at nearly 50,000 adults, most people who screen positive for depression do not receive treatment. Conversely, many people undergoing treatment for depression do not have symptoms of the diagnosis. Even though there has been an increase in antidepressant prescriptions in recent years, researchers say that does not mean more people who experience depression are necessarily getting treatment.

Marijuana Use Rising as More People Think It Is Safe

According to a study published in the journal The Lancet Psychiatry, marijuana use rose 3% between 2002 and 2014. This rise coincides with a 17% reduction in the number of Americans who see marijuana use as harmful. So far, 25 states and Washington, D.C., have legalized marijuana for various purposes.

Though people generally count on their friends to more adeptly identify emotions in written communication, a new study has found friends may not be any better than strangers at detecting emotions in email. Study participants were more confident in their ability to understand the emotions of friends than of strangers, suggesting many people may be poor judges of their own emotion-detection skills.

Many mental health symptoms become apparent in early adulthood, with about 75% manifesting before age 24. A number of college stressors, including homesickness, difficulty making friends, bad grades, and emotional overwhelm, can also contribute to mental health difficulties. The National Alliance on Mental Illness (NAMI) encourages parents to discuss mental health issues with their children before they leave for college. 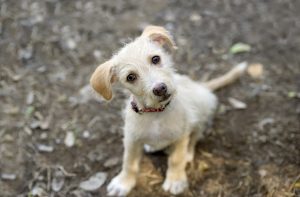 Your Dog Really Does Know What You’re Saying, and a Brain Scan Shows How

Previous research has shown dogs are able to learn hundreds of words and they respond to the voices of humans more so than they respond to wolves, but a new brain scan study suggests dogs process human speech in the same brain regions that humans do. Regardless of the tone with which a word was spoken, the scans indicated dogs recognized and likely understood human language and the emotion behind it.

Many with Migraines Unhappy with Treatments and Struggle to Fight Stigma

According to a survey of 3,900 migraine sufferers, many patients are unhappy with treatment results, even though a range of treatments are available. Only 40% of survey respondents said they were satisfied with their current treatment plan. Some reported their symptoms were not initially taken seriously, or they experienced stigma for missing school or work because many people who do not experience migraines may believe they are no more debilitating than headaches.

High levels of anxiety at school can lower student academic performance, according to a long-term study that looked at a cohort of 2,120 children. School violence and feeling unsafe at school both increased symptoms of depression, which can reduce students’ ability to learn.