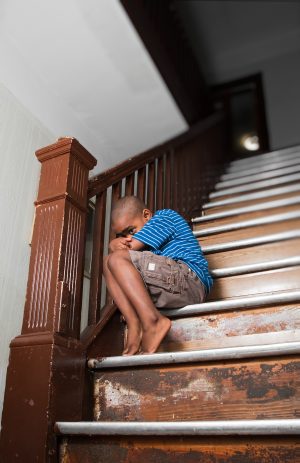 New research suggests suicide among young children may have less to do with depression than previously thought. Researchers say child suicides are more frequently related to attention-deficit hyperactivity (ADHD).

The study, published in the journal Pediatrics, indicates young children who die by suicide before age 12 are nearly twice as likely to have an ADHD diagnosis than a depression diagnosis. This is the opposite of what is usually seen among adolescents ages 12-17 who die by suicide.

Though previously ADHD and attention-deficit disorder (ADD) were classified as two separate conditions, they are now considered the same diagnosis. Though this study’s authors frequently reference ADD, medical professionals no longer use the term. The most recent edition of the Diagnostic and Statistical Manual specifies criteria for three different subtypes of ADHD: predominantly inattentive presentation, predominantly hyperactive-impulsive, and combined hyperactive-impulsive and inattentive.

Association Between Youth Suicide and ADHD

Suicides of children age 11 and younger have been viewed as similar in nature to adolescent suicides, often driven by mental health conditions such as depression or anxiety. Instead, the new study suggests these deaths may be more accurately viewed as a tragic result of the impulse control issues sometimes associated with an ADHD diagnosis. Very young children may lack the ability to consider their actions or fully comprehend consequences.

The study was overseen by epidemiologist Jeffrey Bridge at the Research Institute of Nationwide Children’s Hospital in Columbus, Ohio. Bridge and his colleagues took a closer look at cases from 17 states between 2003 and 2012.

Of the 693 youth suicides during that period, 87 involved victims between ages 5 and 11—just over 12%. Among suicides in that age group, 85% involved male victims and more than a third were black children. Roughly a third had been previously diagnosed with a mental health condition.

According to the report, the findings raise questions about whether new strategies and treatment methods are needed for elementary school-age children. When treating younger kids confronted with psychological adversity, it may be helpful to combine traditional suicide prevention strategies with efforts aimed at identifying impulse control issues.

The report also stresses the urgent need to investigate the factors behind the increase in suicides among African-American children and adolescents in recent decades. A 2015 report from the Centers for Disease Control and Prevention found suicide figures doubled among black children ages 5-11 between 1993 and 2013.

Because child suicide is a fairly rare occurrence compared to adolescent suicide, the sample size for this study was small and researchers were not able to draw a definitive link between ADHD and risk of suicide. Further research is needed to better examine the association.