Child Struck By Car! What Happens Next? 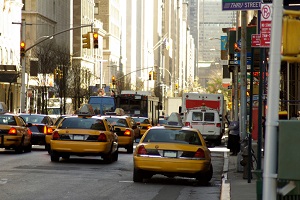 Lately there’s been an increase in car accidents. Several young children have died, even some babies in strollers. This is true of New York City and of the United States as a whole. The number of deaths, which had been declining over the previous five years, has begun to rise; it is not clear why.

Last night, after my husband and I saw an early movie, we went out for dinner at around 7 p.m. We stood on the curb talking about the film, getting ready to cross the street and feeling good, when suddenly we heard a loud crash, looked up, and saw a young boy roll over in the gutter as the car that had just hit him drove on. For a moment I thought I was witnessing a hit-and-run, and tried to see the motor vehicle license plate number, but I couldn’t quite make it out. In any event, the driver stopped the car on the other side of the avenue, put on the car’s blinker lights, and was surrounded by people who had gathered to help and, I assume, make sure the car and driver remained where they were until police arrived.

I immediately called 911; the woman who answered asked how the child was and where the car that hit him was, then put me in touch with the ambulance dispatcher. I was told to stay on the line. I gave information that the child was breathing, that he looked to be about 10 years old, and that he was hurt and needed an ambulance. I told her the car that hit him was parked across the street. I provided the exact address so the ambulance could find us. I thought the boy was with a parent, but the concerned adult I took to be his mother turned out to be a helpful stranger. Meanwhile, someone ran to a nearby fire department station house and firefighters came running to give the young boy first aid as we waited for the ambulance.

The boy was sprawled on the pavement, leaning up against a building, surrounded by concerned adults. The firefighters removed his sneakers and applied ice to his clearly injured feet and legs. His younger sister was nearby. She appeared unhurt but very frightened.

After a few minutes, probably not many though it seemed like a lot, the ambulance came, but the streets of New York City are so crowded that it started to drive past us and threatened to miss the boy entirely, so I waved them down in my best noisy, aggressive, and demonstrative New York manner. In other words, I turned into a loud, jumping, screaming and arm-waving siren, a talent I developed as the mother of two kids growing up in New York. I was very scared for this boy. My way to cope with fear is to find something positive to do and do it. It helps everybody, including me.

The ambulance crew came out with a stretcher, and the boy and his sister got in the ambulance to begin the very short drive to the local hospital, about 10 blocks away. Someone had called their father to tell him to meet the kids at the emergency room.

I don’t know what or who caused the accident; I only saw the immediate aftermath, but I was deeply affected, and so were the children and adults present at the scene, who were worried, helpful, and scared. We were lucky to be in an area of the city where there are excellent services, but I’d bet if we had been somewhere else less blessed, that child would have been taken to the hospital even if he had to be carried there by an adult, running. He felt the loving concern of those around him, as did his very frightened younger sister. They were both terrified, but they knew people were there to help. It makes a big difference to know you are not alone.

How can we keep our children safe? We can start by establishing firm, clear safety rules which must be followed. Here’s a rhyme I found online:

The red’s on top
The green’s below
The red means stop
The green means go
The yellow light is in between
and it means no crossing.

Starting when your children are very young, be a good example; don’t jaywalk. Wait for the light, as you would like them to do. Look left, look right, and have them do the same and tell you when it’s safe to cross. It’s a skill and needs to be practiced.

The children’s parents will have to help them deal with the physical and emotional aftermath of the accident. I hope they will talk, communicate their concern, keep steady, and be open. And don’t forget, the young boy’s sister was traumatized, too.

I hope their parents help them remember all the people who stood by them—bystanders, firefighters, EMTs. Maybe the family, parents and children, can find a way to say thank you, and then later on come up with an active plan to help others … maybe school classmates.